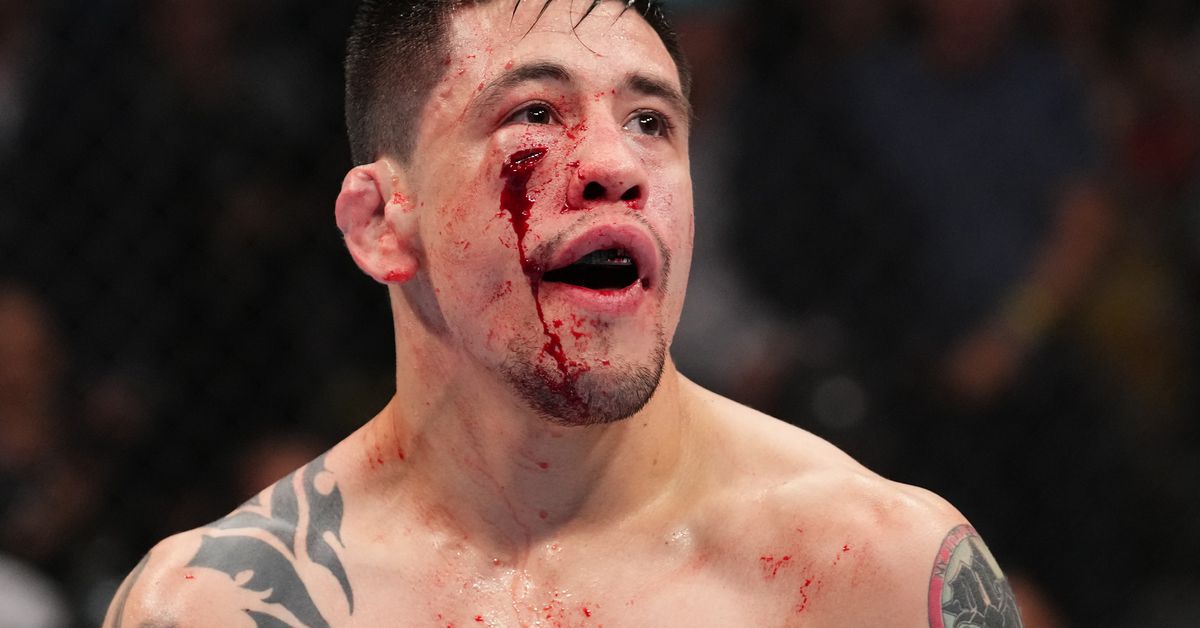 After its first successful event of the year, Ultimate Fighting Championship (UFC) returns to Rio de Janeiro, Brazil, for the first time since early 2020 for its inaugural pay-per-view (PPV) . In UFC 283’s main event, former Light Heavyweight champion, Glover Teixeira, tries to reclaim his title against rising 205-pound contender, Jamahal Hill. In the co-main, Deiveson Figueiredo and Brandon Moreno fight for a fourth (and hopefully final) time to unify the Flyweight crown.

Before the first PPV event of the year kicks off, let’s checkout some random storylines, tidbits and statistics ahead of UFC 283 …

UFC 283’s PPV main card opener pits Johnny Walker opposite Paul Craig. Hill has fought both of them in the last two years, losing to Craig at UFC 263 via nasty armbar (watch highlights) and then knocking out Walker in his first-ever UFC main event (see it here). Sooo … does Hill call for a rematch against Craig if he wins? (Probably not)

Riding Off Into a Brazilian Sunset?

Wouldn’t it be something if Teixeira reclaimed the Light Heavyweight title and then rode off into retirement … in his home country? Even though he mentioned retirement last year, he doesn’t plan on retiring at UFC 283. In fact, at UFC 283 media day, the 43-year-old claimed he is in his prime and will continue to fight whether he wins or loses this weekend.

End Of An Era

While Teixeira isn’t retiring, Mauricio “Shogun” Rua will call it a career at UF 283. The Brazilian legend is fighting Ihor Potieria in the featured “Prelims” undercard bout. The mixed martial arts (MMA) legend is riding a two-fight losing streak, but he is 6-2-1 while fighting in Brazil. On top of it being Shogun’s last fight in his career, he is the last fighter on UFC’s roster who fought for PRIDE in Japan, making it truly the end of an era.

Deiveson Figueiredo and Brandon Moreno will fight for a UFC record fourth time. It has never happened before and might not happen again for awhile. Andrei Arlovski and Tim Sylvia came close as they fought four times, but only three of them were under the UFC banner. Rampage Jackson and Wanderlei Silva fought four times, but only once under the UFC banner.

Gilbert Burns has had a difficult time finding a fight over the past several months. At UFC 283 media day, he revealed that No. 4-ranked Belal Muhammad turned down a fight with him on this card.

A fight between two Top 5-ranked Flyweight contender will do down inside Jeunesse Arena when No. 4-seeded Lauren Murphy takes on No. 5-ranked Jessica Andrade. Both women fought for the Flyweight title in 2021, but were unsuccessful. Actually, they challenged back-to-back, with Andrade fighting Valentina Shevchenko at UFC 261 and Murphy fighting “Bullet” at UFC 266.

Melquizael Costa makes his UFC debut this weekend on short notice, taking on UFC veteran Thiago Moises. Costa is 20 years old and has vitiligo, a skin condition that causes loss of skin color in patches. It gives the fighter a unique look as he is the only fighter in UFC to have vitiligo. If you remember, World Extreme Cagefighting (WEC) and UFC veteran, Scott Jorgensen, fought with vitiligo.

This was just too clever and silly not to list. Gregory “Robocop” Rodrigues takes on Brunno “The Hulk” Ferreira in a violent Middleweight banger. Both men come to sleep opponents and have countless highlights doing just that. Ferreira holds a 100 percent finish rate with six knockouts, while Rodrigues has seven knockouts within his 13 wins. Don’t blink!

The last two entries of this list had fighters debuting, but two more fighters making their debut as well. So let’s recap all of them …

A Heavyweight collision between Shamil Abdurakhimov vs. Jailton Almeida is FINALLY going down (Well, there is still time for Abdurakhimov to pull out, so let’s cross out fingers). They were initially supposed to fight at UFC 279 and UFC 280 in 2022; however, the Dagastani withdrew from both. Abdurakhimov is still ranked No. 15 in the Heavyweight rankings, so Almeida hopes to snatch that status.

Every single UFC card nowadays seems to be filled with fighters who competed on Contender Series … and UFC 283 is no different. The following fighters won a contract (or competed) on the show.

Several fighters on #UFC283 have competed on DWCS.

Only four American fighters are going into enemy territory this weekend: Hill, Murphy, McKinney and Stamann.

At UFC 283, 21 fighters will be coming off wins, while nine fighters are entering with losses.

Remember that MMAmania.com will deliver LIVE round-by-round, blow-by-blow coverage of the entire UFC 283 fight card right here, starting with the early ESPN+ “Prelims” matches online, which are scheduled to begin at 6 p.m. ET, then the remaining undercard on ABC/ESPN+ at 8 p.m. ET, before the PPV main card start time at 10 p.m. ET on ESPN+ PPV.