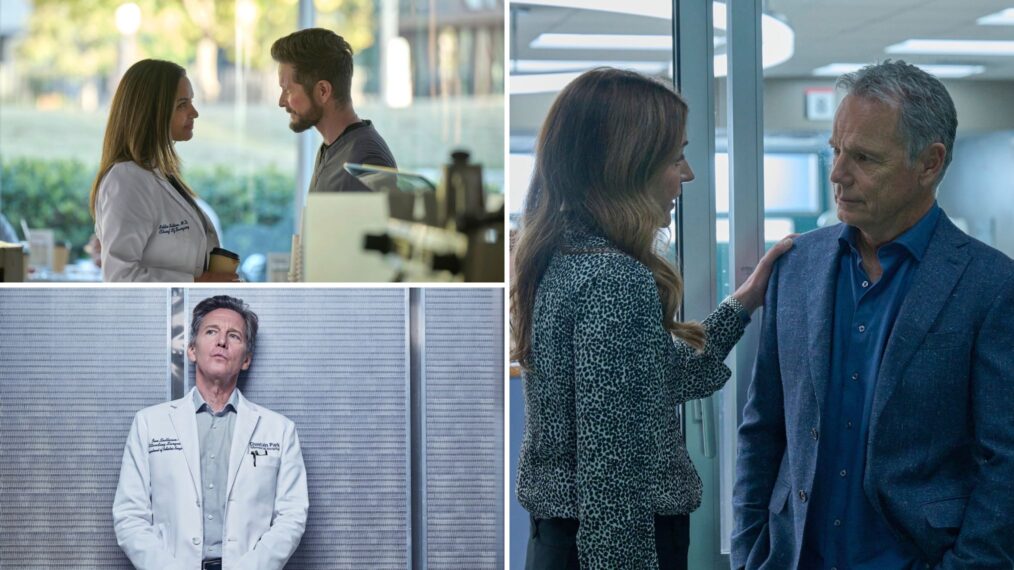 After their relationships with Conrad and Billie ended, Cade and James fell together — and we have to admit we were surprised to find it worked! That was not originally in the cards, and in fact, the original plan for James completely changed after Dale’s casting.

“We were thinking that he would be … not a bad guy exactly, but a womanizer, slick, somebody you might not like. But honestly, when Ian came in and played James, he was so sympathetic and so warm, and his open, honest sexual relationship with Cade was fantastic, and we just immediately saw the sparks, and we were like, ‘oh my god, this guy’s fantastic. He’s the perfect, hot, sexy but also very emotional and vulnerable doctor,’” Chapman explained. The hope is for Dale to continue with the show, possibly upped to a series regular.

But that doesn’t mean that Cade and James’ relationship would last, especially considering how stable the other main couples (Conrad and Billie, Kit and Bell, and Devon and Leela) on the show are.