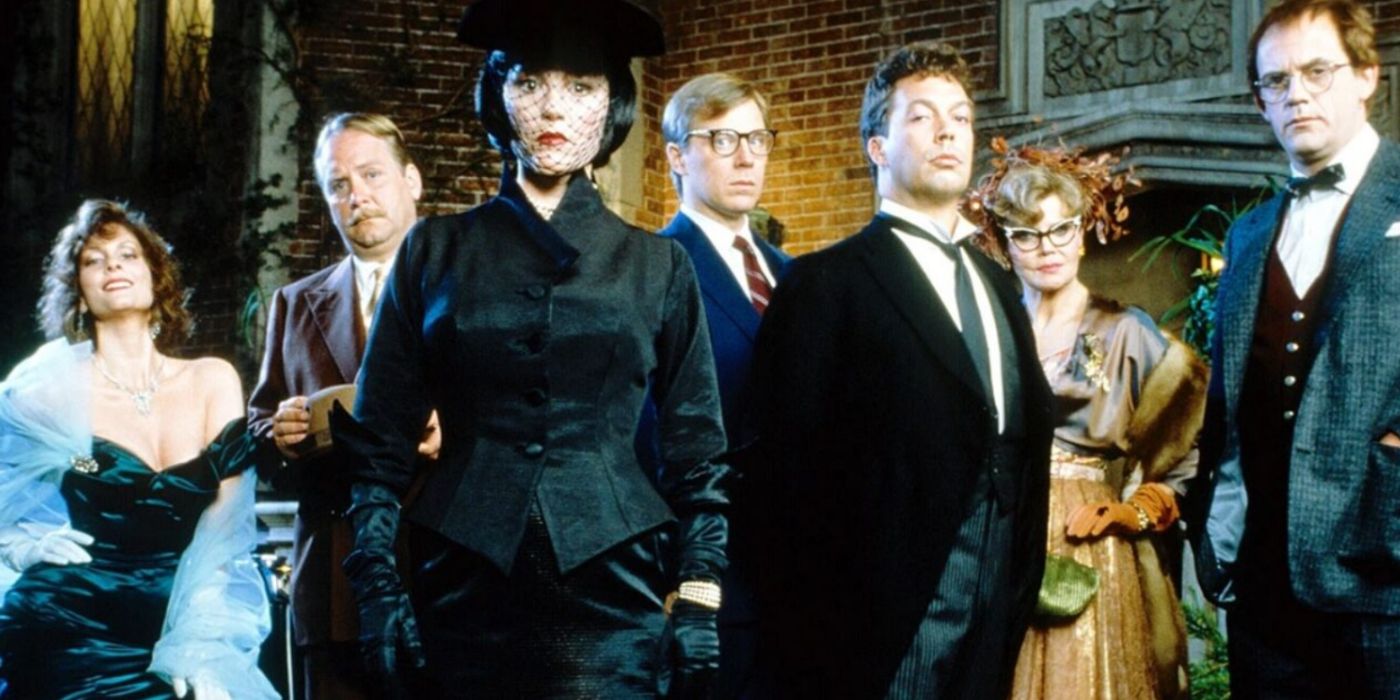 Clue is a murder mystery movie based on the board game of the same name, but while there can only be one murderer, almost every character is revealed to be a killer through several alternate endings. The 1985 movie is beloved for the characters' campiness, its cast of recognizable character actors, including Christopher Lloyd and Tim Curry, and the intentionally over-the-top acting. Clue follows a group of government workers, doctors, and scientists who are invited to dinner by a mystery host, and when that host is murdered, it's up to the guests to figure out not only who did it but also why they were all invited.