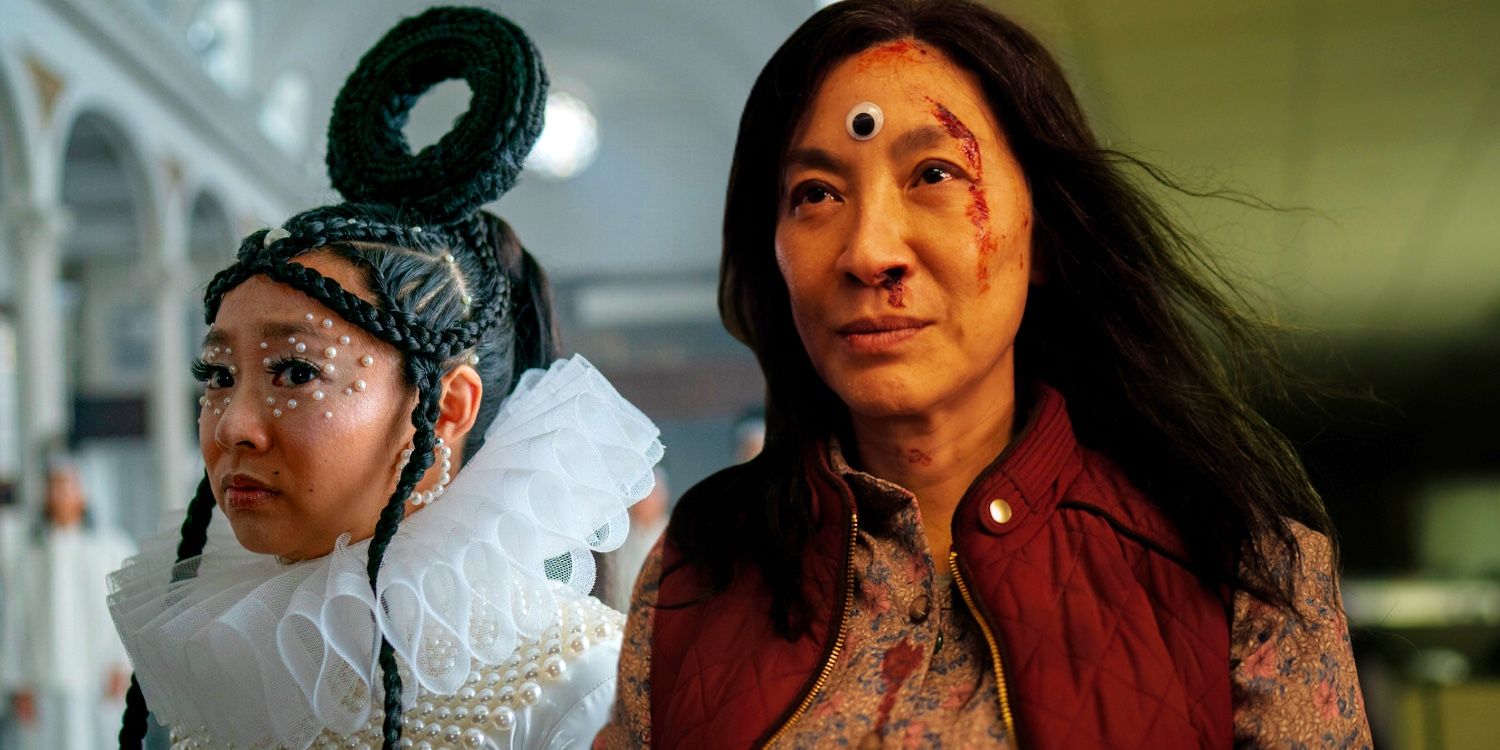 The Everything Everywhere All at Once symbolism — especially its bagels and googly eyes — suits the movie's brand of absurdist comedy, but both objects have much deeper meanings than first appears. Directed by The Daniels, Everything Everywhere certainly lives up to its name with its multiverse premise and maximalist tone. The originality of its plot cannot be denied, nor can its ability to balance reference-filled comedy with tender family drama —- as evidenced by Michelle Yeoh winning the Golden Globe for her lead role as Evelyn Wong. This family drama is arguably the main reason why so many audience members gravitated towards the film, as when boiled down to its essence, Everything Everywhere purveys a straightforward message underneath the prevailing insanity of its plot.