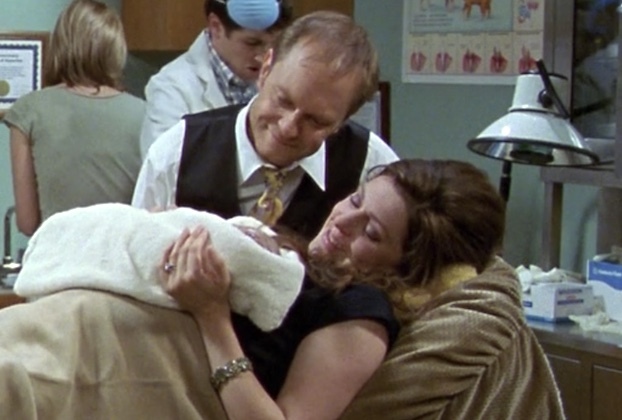 Another member of the Crane family will join Frasier for the Paramount+ revival.

The character of David was born in the original series’ 2004 series finale. TV parents David Hyde Pierce and Jane Leeves are not currently attached to the revival. In the sequel series, David is “an awkward college freshman with a penchant for off-kilter observations,” according to the character breakdown. “He has Niles’ intelligence, Daphne’s smile, and neither of their polish. David’s unearned confidence may confuse some, but Frasier has a fondness for his nephew’s earnest enthusiasm.”

Eve, meanwhile, is described as “spontaneous, outgoing and bursting with creative energy…. With an innate ability to connect with both Frasier and Freddy, Eve is a critical bridge between father and son as they attempt to reconcile.”

Kelsey Grammer will star in the streaming followup, reprising his role as the snooty psychiatrist he originated on Cheers and then took to his own NBC spinoff, which ran for 11 seasons and won five straight Emmys for best comedy series. In the new show, “Frasier is off to a different city with new challenges to face, new relationships to forge, and an old dream or two to finally fulfill.” British actor Nicholas Lyndhurst will co-star as university professor Alan Cornwall, Frasier’s old college friend.

A premiere date for the revival has not yet been announced.