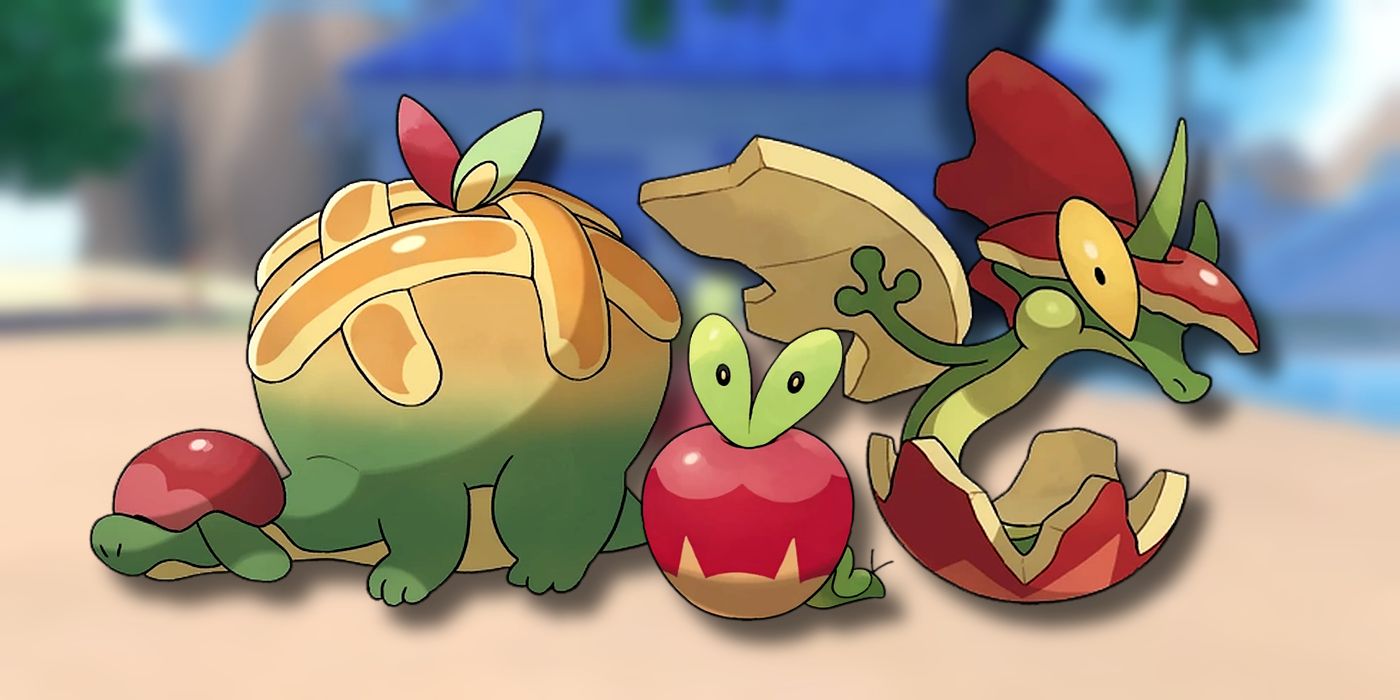 Similar to Ralts or Snorunt, Applin is a Grass- and Dragon-type Apple Core Pokémon in Pokémon Scarlet and Violet that possess two possible evolution forms: Flapple and Appletun. While both of these pocket monsters have the same dual-elemental characteristic, they do not share the same IVs. For instance, Flapple has notably higher Speed and Attack than its evolved counterpart, while Appletun possesses superior HP. Still, the total stat values are the same, and which evolution Trainers prefer to use in combat will depend on situational circumstances and preference. Nonetheless, before players can consider which Applin evolution they want, they must first know how to find and catch the Apple Core Pokémon.