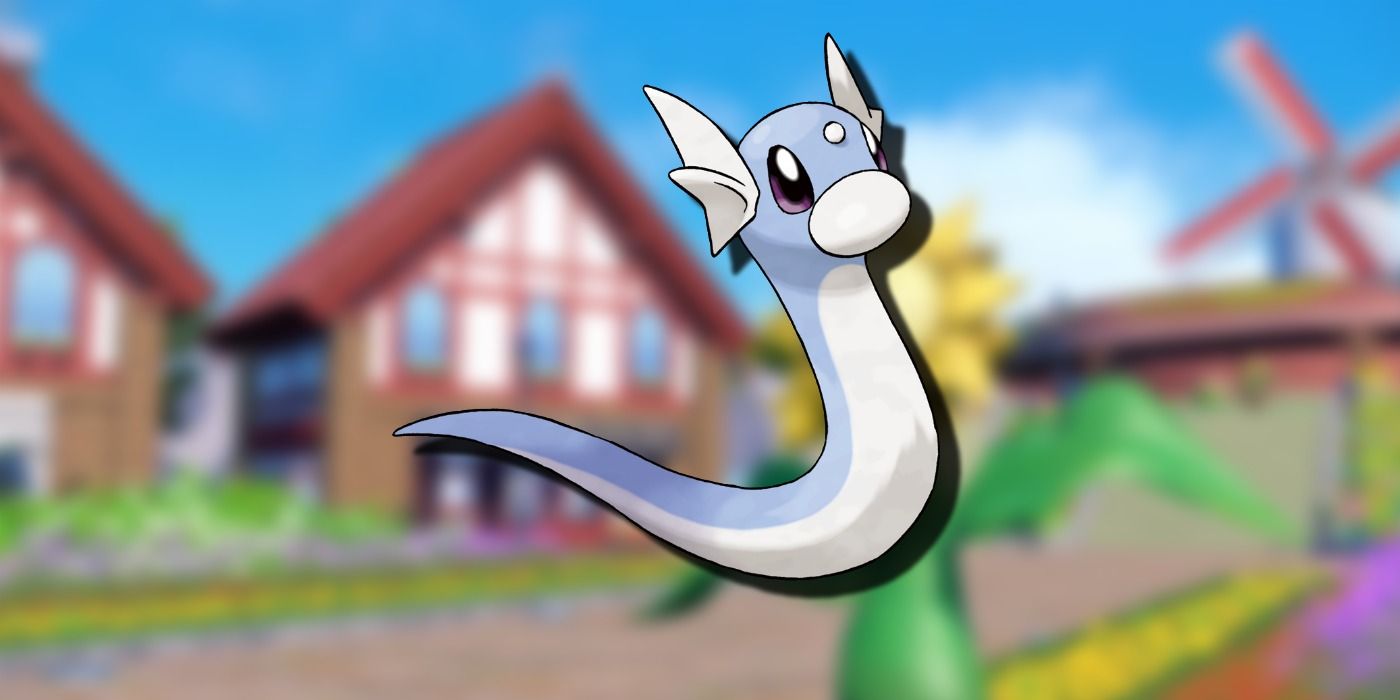 Dratini is an elegantly adorable Dragon-type in Pokémon Scarlet and Violet with a slender snake-like appearance more akin to the dragons in Asian fables than Western mythology. Dratini is the base form of its evolution family and can transform into Dragonair and Dragonite once specific conditions have been met. Catching Dratini or causing it to faint will also yield Dratini Scales, a pocket monster-dropped material used for crafting TMs like Dragon Tail or Outrage. It should be noted that Dratini typically spawns at a notably higher level than most base evolution forms in Scarlet and Violet. As a result, Trainers will likely only be able to catch this Dragon-type creature during the late game.