That’s the full extent of the Americans bestowed honorary citizenship in the Royal Burgh of St. Andrews.

It’s something special to be in company with Jones, the great amateur golfer who won the 1927 British Open here and boyhood hero of Nicklaus, and Franklin, known as the first American, the Newton of Electricity and the Prophet of Tolerance. It made Nicklaus, an 18-time major champion and three-time Champion Golfer of the Year, choked up and teary-eyed.

“When I won the Open in 1966 at Muirfield I couldn’t speak and I can’t speak right now,” said Nicklaus as he wiped away a tear with a handkerchief Tuesday at Younger Hall at St. Andrews University upon receiving the one-of-a-kind distinction.

Nicklaus, 82, won two of his British Open titles at The Old Course – in 1970 and 1978 – and played eight Opens in all here. He planned to walk across the famed Swilcan Burn Bridge, located on the course’s 18th hole, one last time during the 2000 Open and for that to be his farewell to the championship until he asked then-executive director of the R&A Peter Dawson when the next Open would be held at St. Andrews.

When told it was slated for 2006, Nicklaus replied that was too bad. By then he would be 66, one year past the maximum age exemption permitted for past champions. Dawson wondered if Nicklaus would consider playing one more time if the Open was held there in 2005. “Be here in a heartbeat,” Nicklaus said.

And that’s all it took for the schedule to change to accommodate Nicklaus’s swan song in 2005. At age 65, he sank a birdie putt on the final hole to end his career at the Home of Golf.

Winner of The Open Championship in 1966, 1970 and 1978, Jack Nicklaus gestures as he is driven through the streets of St Andrews with his wife Barbara after having been made an Honorary Citizen of St. Andrews by The Royal Burgh of St. Andrews Community Council on July 12, 2022. (Photo: Andy Buchanan/AFP via Getty Images)

“I declined to come back the last couple of times to St. Andrews,” Nicklaus explained. “I didn’t want to come back and dilute that for what it was.”

But he made an exception when his invitation arrived this time to be made an honorary citizen of St. Andrews.

“To follow Bobby Jones and Benjamin Franklin, I’ve got to come back,” he said. “We’re back actually at the same hotel room I was in, Barbara and I stayed in every time we’ve been at St. Andrews.”

The St. Andrews Community Council considered making Nicklaus an honorary citizen during the 2005 Open, but the measure failed to receive enough votes. When the resolution was proposed again, this time the council passed it unanimously.

Franklin received the Freedom of the City award in 1759 from the St. Andrews town council, while Jones was presented the distinction in 1958 and famously said, “I could take out of my life everything except my experiences at St. Andrews and I would still have had a rich and full life.” (Nicklaus quoted Jones during his acceptance speech and added, “I feel exactly the same way.”) The town council was dissolved in 1974. The honorary citizen distinction for non-residents awarded to Nicklaus was created in 2000, and it is deemed to be the equivalent of the Freedom of the City.

Nicklaus made his first foray to Scotland as a 19-year-old Ohio State student to compete in the 1959 Walker Cup at Muirfield, during which time his father made his way to St. Andrews with a couple of friends and came back raving about it. Nicklaus fell hard for St. Andrews instantly when he made his maiden voyage there in 1964.

“And I’ve had a love affair with it ever since,” he said.

He recalled winning the title in 1978 when fans were hanging off rooftops and out of windows. Tears rolled down his face as he walked the fairway on the verge of clinching his second title there.

“I get pretty sentimental about that kind of stuff,” he said. “I remember my caddie Jimmy (Dickinson) hit me on the back, and he said, ‘We’ve got another hole to finish. Get with it.’ ”

In his acceptance speech, Nicklaus cited famed sportswriter Grantland Rice. “You start from nothing, win, gain fame and soon will be forgotten.”

But not the latter for Nicklaus. With his voice cracking, Nicklaus noted how much it meant to him still to be remembered 44 years after his last win at the Open in the Home of Golf.

When the ovation finally died down, one of the faculty members from St. Andrews University spoke for all when he said, “As long as the game is played, you’ll never be forgotten in this place.”

Photos: Jack Nicklaus through the years 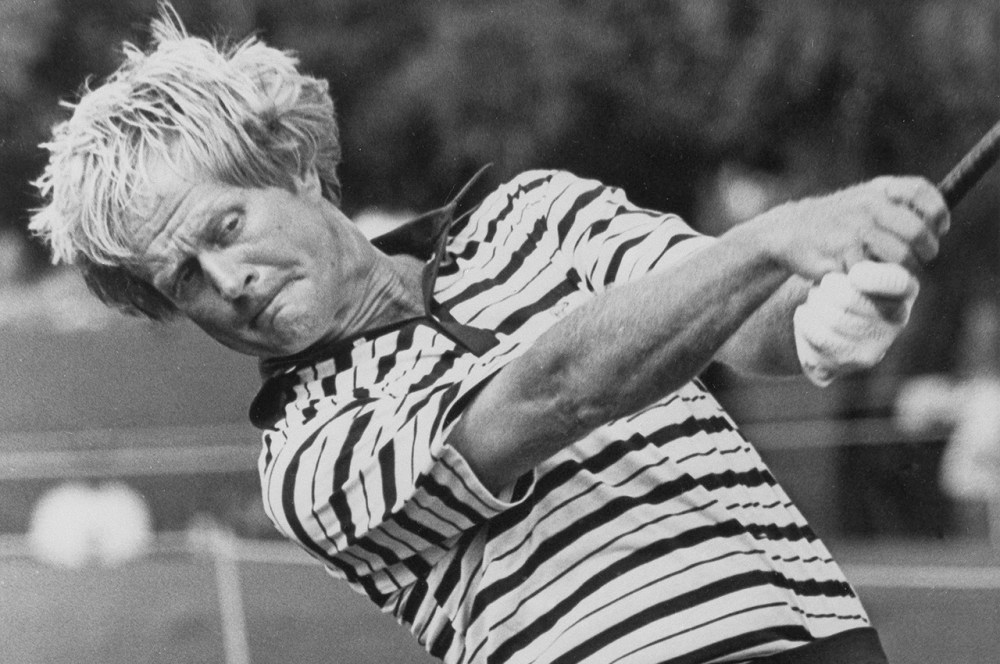 
This story originally Appeared on USAtoday

Why House of The Dragon Uses The GOT Theme Tune (Is...

The Rhythm and Blues Hall of Fame is headed to a...

Russia’s war in Ukraine has gone on for 6 months: What...

Sadhguru has a message for people desperate for a luxury lifestyle

Christina Ricci Talks About Netflix’s Wednesday And Why She Is Joining...

Six months into the war – what’s next for Ukraine and...