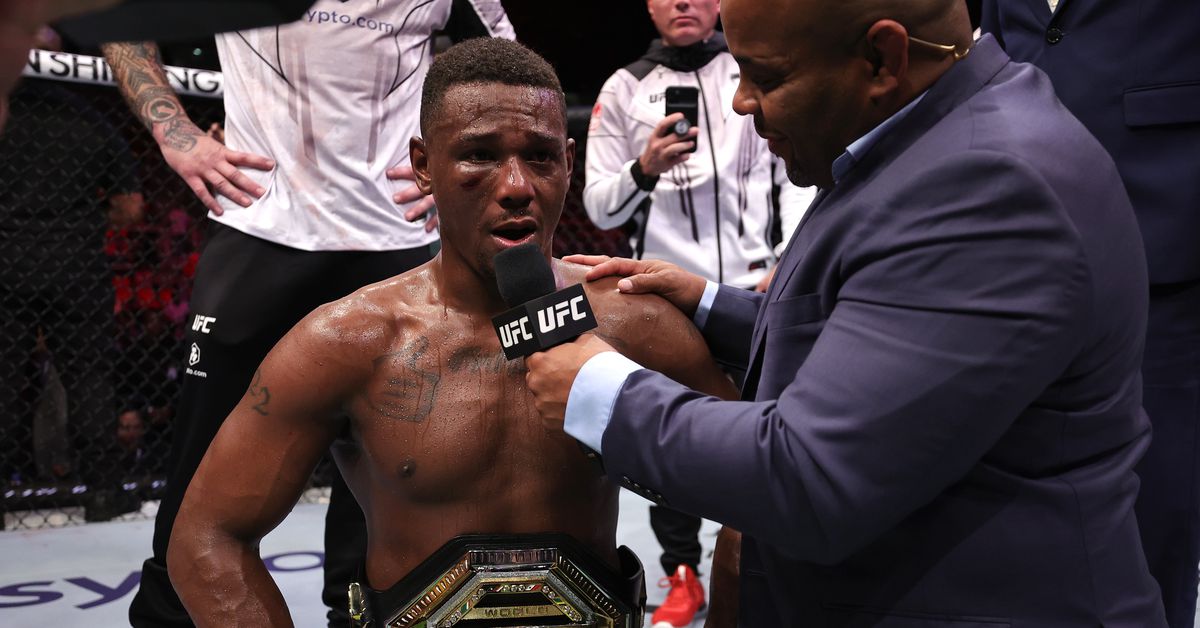 Newly-crowned 205-pound titleholder Jamahal Hill is willing to stick to that timeline but warns “Denisa” that any delays could send “Sweet Dreams” into battle against the next available contender (see the current list here).

“I’m hoping that it’s him because I’ve wanted the Jiri fight for a long time,” Hill told MMA Junkie. “I know that’s a big fight and I think the magnitude of that fight would be great. And I think I win. I think I’m better than Jiri everywhere. I’m willing to wait until July-August, past that, I think it’s next man up.”

The “next man up” could be top contender Magomed Ankalaev, who battled Jan Blachowicz to a split draw in the UFC 282 main event just last month in Las Vegas. But Hill doesn’t think the Russian bruiser did himself any favors by airing his dirty laundry in public.

“I don’t really think they feeling Magomed like that,” Hill explained. “You know, just for the simple fact of how he responded to the decision of it being a draw, he goes, ‘I’ll never fight for the UFC’ … you know, like that’s not gonna get you a title shot, bro. They might put him through another test.”

We’re likely to find out within the next few months — or sooner.