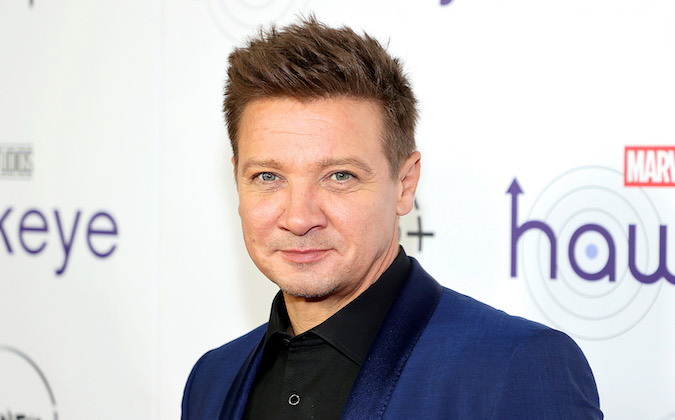 Actor Jeremy Renner revealed in an Instagram post Saturday that he broke over 30 bones in the snow plow accident that left him in critical condition earlier this month. Renner left the hospital and returned home Jan. 17, our sister site Variety confirmed.

“These 30-plus broken bones will mend, grow stronger, just like the love and bond with family and friends deepens,” Renner captioned on the photo depicting his “morning workouts.”

“Spawned from tragedy for my entire family, and quickly focused into uniting actionable love,” he wrote. “I want to thank EVERYONE for their messages and thoughtfulness for my family and I… Much love and appreciation to you all.”

The accident occurred on Jan. 1 after a family member’s vehicle got stuck in the snow. Renner used his personal PistenBully, a 14,330-pound piece of snow removal equipment, in an attempt to tow the vehicle. After the vehicle was successfully towed, Renner exited the PistenBully. When the equipment started to roll, Renner attempted to re-enter the PistenBully but was run over. He was later airlifted to a hospital, where he underwent surgery for blunt chest trauma and orthopedic injuries. No one else was harmed in the accident.

Renner currently stars in Mayor of Kingstown as Mike McLusky, head of a powerful family in charge of a Michigan town where incarceration is the main industry. Season 2 of the Taylor Sheridan drama is currently streaming new episodes every Sunday on Paramount+.

In addition, Renner also will star in and executive-produce Rennervations, an upcoming four-part unscripted series for Disney+. Per the show’s official logline, the project “embraces Jeremy Renner’s lifelong passion to give back to communities around the world by reimagining unique purpose-built vehicles to meet a community’s needs. Behind the big screen, Jeremy is a construction aficionado, and he is heavily invested in the highly creative fabricator culture that exists across the globe and hopes to change lives with these skills and inspire others to do the same.”

Fans of the Marvel Cinematic Universe know Renner as Hawkeye, a character he most recently reprised in Disney+’s Hawkeye series.