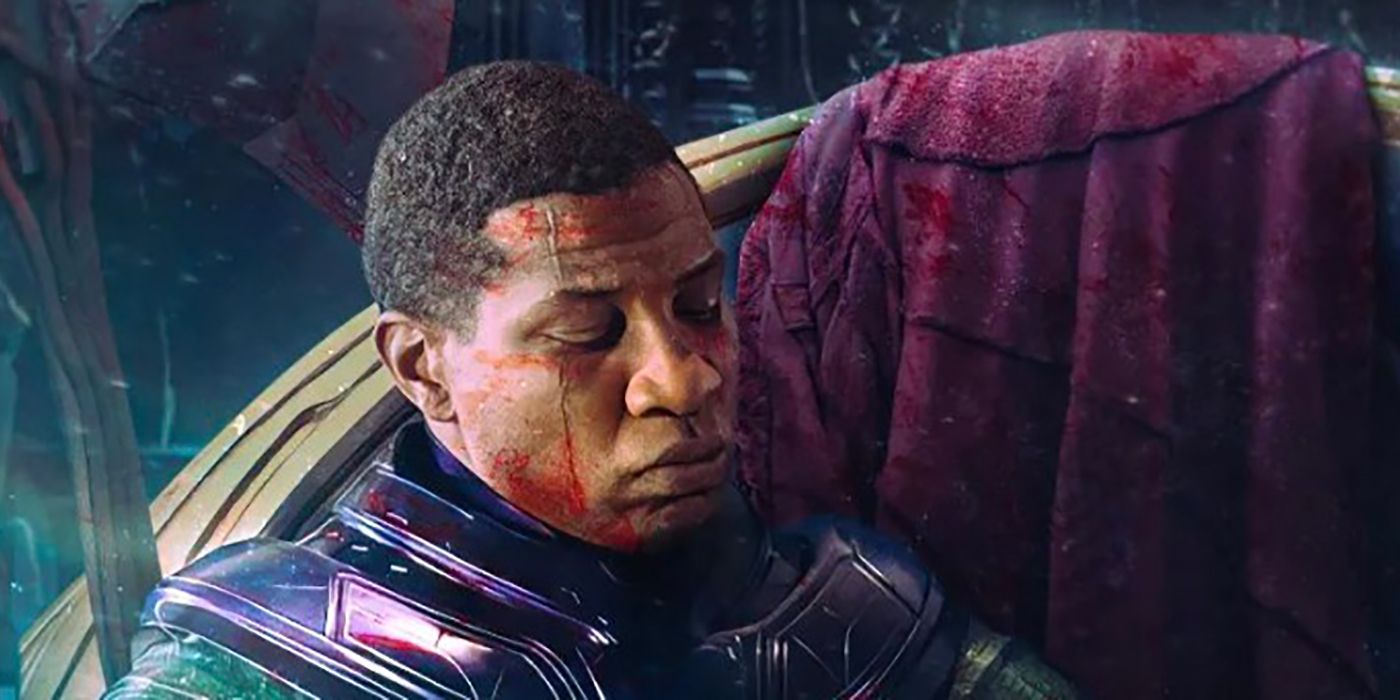 Kang the Conqueror is shown to be resting surrounded by the bloodied trophies of the Avengers he just killed in haunting new Ant-Man and the Wasp: Quantumania fan art. Paul Rudd's Ant-Man is coming face-to-face with the next Avengers-level threat of Jonathan Majors' Kang the Conqueror in the first entry of the Marvel Cinematic Universe's Phase 5 next month. The film will take place in the Quantum Realm where Kang is trapped, and also stars Evangeline Lilly, Kathryn Newton, Michelle Pfeiffer, Michael Douglas, and Bill Murray. Kang will eventually take on the Avengers in Phase 6 with Avengers: The Kang Dynasty.