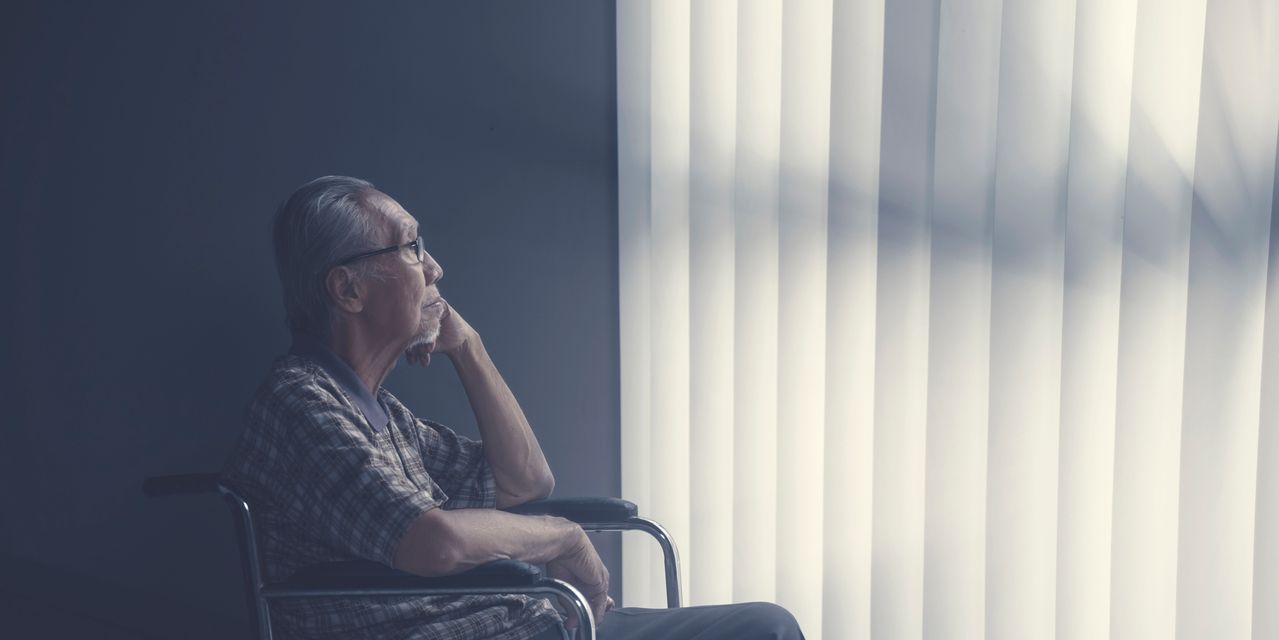 Nursing-home reform, long advocated by long-term care analysts and the public, seems to finally be happening.

The problems at these facilities — where people reside in close proximity for extended periods and the average age of residents is 86 — are many.

More than 133,000 nursing-home residents and staff members have died from COVID-19 during the pandemic — a disaster that NYU nursing professor Jasmine Travers has called “the 9/11 moment for nursing homes.”

Meantime, the median annual cost to stay in a nursing home is hovering around $100,000, according to the Genworth Cost of Care Survey.

There is also a severe shortage of nursing-home workers, largely due to low wages and poor working conditions.

Financially, nearly 6 out of 10 nursing-home providers operate at a loss and 61% limit admissions, according to a May 2022 American Health Care Association survey.

Read: So long, senior centers and nursing homes. Older adults don’t want to spend their time in places where they are seen as victims in decline.

“Look at what the cost of not doing this is. It’s a crisis now,” Sloan says. “But it will reach even greater crisis proportions” if more nursing homes close or need to turn prospective residents away due to staffing and funding problems.

You might like: What neuroscientists have learned about rejuvenating the aging brain—and what you can do too

Three breakthroughs in 2022, however, are turning talk about fixing the nation’s 15,000 nursing homes (where 8% of Americans 85+ live) into action. These turning points aim to — as Charles Sabatino and Charlene Harrington, authors of an American Bar Association article, urged — “put the home back into nursing homes.”

The first came in President Joe Biden’s 2022 State of the Union address, where he spoke about the urgent need to better serve nursing homes’ 1.4 million residents, as well as their families and the facilities’ staff.

That’s when Biden announced the administration’s plan to “set higher standards for nursing homes” to “make sure your loved ones get the care they deserve and expect.”

The second galvanizer: A brutal, 600+ page report from The National Academies of Science, Engineering and Medicine (NASEM) in April 2022.

“The way in which the United States finances, delivers and regulates care in nursing home settings is ineffective, inefficient, fragmented and unsustainable,” the report said. “Immediate action to initiate fundamental changes is necessary.”

The report set seven critical goals (with recommendations to reach them) including: delivering person-centered, equitable care in nursing homes; ensuring a well-prepared and -compensated nursing-home workforce and creating a better system to pay for nursing homes.

The third action may have the greatest effect.

It is the recent formation of the Moving Forward Coalition, a group charged to turn the seven NASEM goals into reality, with committees focused on each of them.

“We want all nursing homes to be quality homes,” says Alice Bonner, chair of the Moving Forward Coalition and former head of the Centers for Medicare and Medicaid Services’ Division of Nursing Homes. “We’re about impacting policy, impacting practice and making meaningful change.”

The Moving Forward Coalition, funded by a $1 million grant to LeadingAge from The John A. Hartford Foundation in June 2022, has a two-year mandate to produce short- and long-term action plans for nursing-home reform.

Some of those plans will turn into pilot projects in select nursing homes to see if the proposals can work in the real world and scale up. “The real-world testing is vital,” says Bonner.

Others will require action by Congress and the president.

The Moving Forward Coalition has painstakingly worked to include a broad range of views to come up with fixes.

“We’ve amassed a coalition of stakeholders from all kinds of perspectives,” says Sloan, of LeadingAge. “We’ve got residents, family members, direct-care workers, nurses, academics, doctors, social workers and regulators. I’m really surprised and excited about the number of people who have said they want to be a part of this. To me, that says we’re onto something.”

More: Can nursing homes move beyond their bad reputations?

But how did we get here? How did things go so wrong for nursing homes, particularly in the pandemic, when the facilities generally banned visitors for a year and families were often uninformed about their loved ones there?

Many nursing homes are 40 or 50 years old, looking much like hospitals: large, impersonal and with shared rooms.

Green Houses, typically owned by nonprofits, usually have clusters of five or six homes, each with 10 or 12 residents living in single rooms. They’ve been less prone to COVID-19 infections and deaths than other nursing homes.

But a lack of funding and a strong revenue model has led to construction of just 300 Green Houses in America.

The rise of private equity

Another potentially problematic factor is the business side of the nursing home industry: facilities increasingly are privately-owned, often by private-equity firms.

Investment in nursing homes by private equity has mushroomed from $5 billion in 2000 to over $100 billion in 2018.

An August 2020 study by the Americans for Financial Reform Education Fund found the COVID-19 infection rate at private-equity backed nursing homes was 30% above statewide averages. The death rate was 40% higher.

Related: ‘The hell that they put me through’: Nursing homes suing caregivers for debts they don’t owe, regulator says

Many analysts also blame the U.S. government and federal financing for some nursing-home problems.

Medicaid, which covers more than 60% of nursing-home residents, only reimburses 70% to 80% of the operators’ costs. Medicare is more generous, but only pays for short-term rehab stays. (One of the Moving Forward Coalition committees’ priorities: moving toward establishing a federal long-term care benefit, though the committee members don’t believe this will happen over a two-year period.)

The government’s Nursing Home Compare tool is flawed, also, because it doesn’t include ratings by residents or their families about the quality of care. “That’s kind of an easy fix,” says Sloan.

Some critics believe the Trump administration made things worse than necessary for nursing-home residents and staff during the pandemic, too, by not providing enough PPE (personal protective equipment) and vaccines.

“You couldn’t think of a more devastating virus hitting a population that was totally ill-prepared to handle it,” says Grabowski.

Sloan agrees. “Certainly, we didn’t get the support that we needed,” she notes.

Bonner says the Moving Forward Coalition is eager to hear from Americans who want to share their thoughts and suggestions about nursing homes. “We absolutely want the public to be engaged. There’s just no other way we can do this work,” she says.

Many nursing-home reform advocates believe the pandemic’s spotlight on these facilities has heightened concerns and increased prospects for change.

“I think a lot more people now have their eyes on nursing homes,” says Grabowski. “And there’s a much greater sense, I think, in Congress that maybe this is a policy issue, and we need to make changes. People are kind of fed up.”

Adds Sloan: “The public’s perception [of nursing homes] has never been very positive. I think with the pandemic, it probably got worse.”

But she thinks the media is somewhat responsible for that perception.

“Clearly, sadly, there are nursing homes that don’t provide quality care and they tend to make the news more than the thousands that do,” Sloan says.

To improve the public’s perception, some nursing-home advocates are trying to change the narrative on nursing home care. That was the topic of a Gerontological Society of America conference panel I attended in November.

Panelist Moira O’Neil, from the Frameworks Institute — a think tank working on “reframing aging” — said: “We have to stop talking about nursing homes as a consumer good. These are public goods.”

Reframing nursing homes, Sloan says, “presents a different way for us to talk about nursing homes that may make it less scary for the public.”

“Some of our regulations are 40 or 50 years old and they just haven’t been updated. And the language [about nursing homes] ties us back to a time that just doesn’t exist anymore,” she notes. “When you say, ‘nursing home,’ a lot of people respond with a negative image in their mind. That’s really hard to change unless we change the wording.”

However, Bonner adds, “if we just change the name but don’t actually do the policy and practice changes, we won’t be any farther along.”

Richard Eisenberg is the former senior web editor of the Money & Security and Work & Purpose channels of Next Avenue and former managing editor for the site. He is the author of “How to Avoid a Mid-Life Financial Crisis” and has been a personal finance editor at Money, Yahoo, Good Housekeeping, and CBS Moneywatch.

This article is reprinted by permission from NextAvenue.org, ©2023 Twin Cities Public Television, Inc. All rights reserved.

More from Next Avenue: