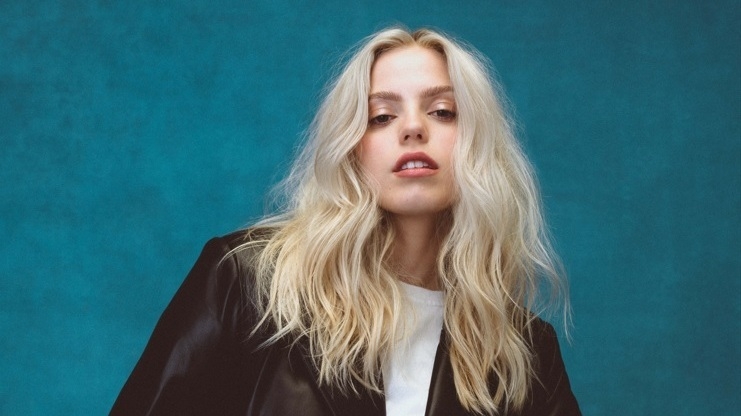 Reneé Rapp credits her career and fame to her legions of fans.

Reneé Rapp credits her career and fame to her legions of fans.

The 23-year-old Broadway star, TV actor, and musician would never recommend this to anyone else, but that’s her vision.

You may know about Rapp from TikTok, where she has more than a million followers, or her time on Broadway, or the Jimmy Awards, a major high school theater competition. Maybe you also know her from TV. But she says all of that has just been in service of her true passion: a solo music career.

Rapp wanted to build a follower base and credibility first — a built-in audience to get the attention of agents and labels. It all came together last summer when she launched her long-awaited solo career with the single “Tattoos”, and her following debut EP Everything to Everyone. When tickets to her tour went live, they sold out almost immediately.

People were paying attention, and her master plan was right on schedule.

It was always about the music for Rapp.

“Ever since I was born or, like, had a thought, I kind of always knew that being an artist and being a musician and a songwriter was exactly what I wanted to do,” she told NPR. “And I was very determined to do whatever I had to do to get to this point.”

Rapp was always on stage, performing in local musicals in her hometown of Huntersville, North Carolina. She didn’t love it, but she’d never turn down an opportunity to perform.

“I just always related to pop artists and pop music more. And, like, Beyoncé was more interesting to me than, like, Merrily We Roll Along.”

Rapp used these opportunities as a stepping stone.

It was all laid out: transfer to an art school halfway through high school to hopefully compete at the Jimmy Awards; get seen by agents; work on Broadway; get a job; and get the exposure to finally start a solo music career. And it worked.

Rapp’s performance at the 2018 Jimmy Awards

Rapp won the 2018 Jimmy Award for Best Performance by an Actress, for her role as Sandra Bloom in Big Fish. The right people took notice, and in 2019 she starred as Regina George in Mean Girls on Broadway, until the show was canceled due to the pandemic.

Soon after Mean Girls wrapped, Rapp landed a role in the hit HBO series The Sex Lives of College Girls, which has just been renewed for a third season.

Rapp plays Leighton Murray, a judgmental, icy blonde who was in the closet for most of the first season. (Judgmental, icy and blonde also accurately describes her Broadway character, Regina George.)

In ways that Rapp doesn’t love, she identifies a lot with her character, Leighton, who struggled to embrace her sexuality. Rapp is openly bisexual now, but she feels parts of her childhood limited her ability to get to this place.

For Rapp, the goal was always a solo music career.

For Rapp, the goal was always a solo music career.

“I would hear a lot of homophobic things, like very ignorant comments,” she said. “And I was also such a perpetrator of those things. Like, I was so homophobic to myself as a kid to the point where I wouldn’t come out to anybody and I’d be kind of judgmental.”

But examining these similarities also allowed Rapp to appreciate herself in a way that she couldn’t have done without the challenge the character presented.

“Season one was the hardest six months of my life. It was extremely hard emotionally for so many reasons,” she said. “It made me face a lot of stuff that I did not want to, but I then had to. And so not only did I become, like, way more comfortable with who I am, I also saw a lot of … the ugly parts of myself I didn’t want to see and then had to address.”

Jumping from musicals to TV to music, Rapp used to be afraid she wasn’t going to be taken seriously.

“It was a big fear of mine. But I think I am someone who wears my everything on my sleeve, like my emotions, how I feel, my whatever, my personality,” she said. “So I think I kind of hopefully make it very hard for people not to take me seriously, because I’m quite aggressive and I’m quite delusional.”

If not for her proclivity for delusion, Rapp might not be here. And at every stage of her plan she made sure she had eyes on her. Rapp credits her music career to amassing a fan base before she even dropped any music.

“I’m very spoiled. I have been very fortunate to have found an amazing community around me,” she said. “I feel like I’m the biggest fan of my fan base … They’re very loyal. And I think we found a lot of comfort in each other.”

She has built a base, but having worn so many hats in the last few years, her fans are still learning about her. TikTok comments from past videos are filled with comments like, “I didn’t know you were Leighton Murray!” or “Just finding out that you won a Jimmy??”

When she teased her single “Tattoos” on TikTok last summer, her fans went wild demanding that she release the full song.

Rapp said it was the first song she felt good enough about to post on social media, but she never thought she’d actually release it into the world. That was until she saw the traction it gained. Then the labels started paying attention.

She had entered the final stage of the Rapp Master Plan.

The relationship with her fans allowed the process of writing and releasing music to be more of a two-way street, and ultimately it’s what got her signed.

“I’ve been trying to get signed to a major label since I was 16, and every single time that I had meetings when I was a kid, it was always like, ‘Oh, we don’t really understand you. We don’t really feel like people care.’ Granted, I didn’t know myself as well at that point, so I don’t feel any kind of way,” she said. “I think those situations just really made me stronger.”

“But that traction on that video ended up getting me signed. So, like, my fans got me signed. I attribute my career to them.”

Rapp’s music has helped her redefine her image, and sense of self.

With In The Kitchen — her most streamed song, and also the favorite she’s written — Rapp explains a very specific time in her life. It was about a painful break-up, but one that ended up being much more than that.

“And a lot of that had to do with me trying to make myself smaller to make someone else comfortable. And a lot of it was like being a people pleaser. And it goes into more situations than just this one. But when I wrote In The Kitchen, that was like, I’m done with that. I have had enough.”

Rapp has already had a career to rival so many divas. With no plan to stop, she risks flaming out. But that’s exactly the point.

“I want a little bit of a rockstar life, and then I want to, like, move to Colorado for a second, have babies, come back, and then dominate and start directing and producing, but also doing my music.”

“I just really want to be Beyoncé.” 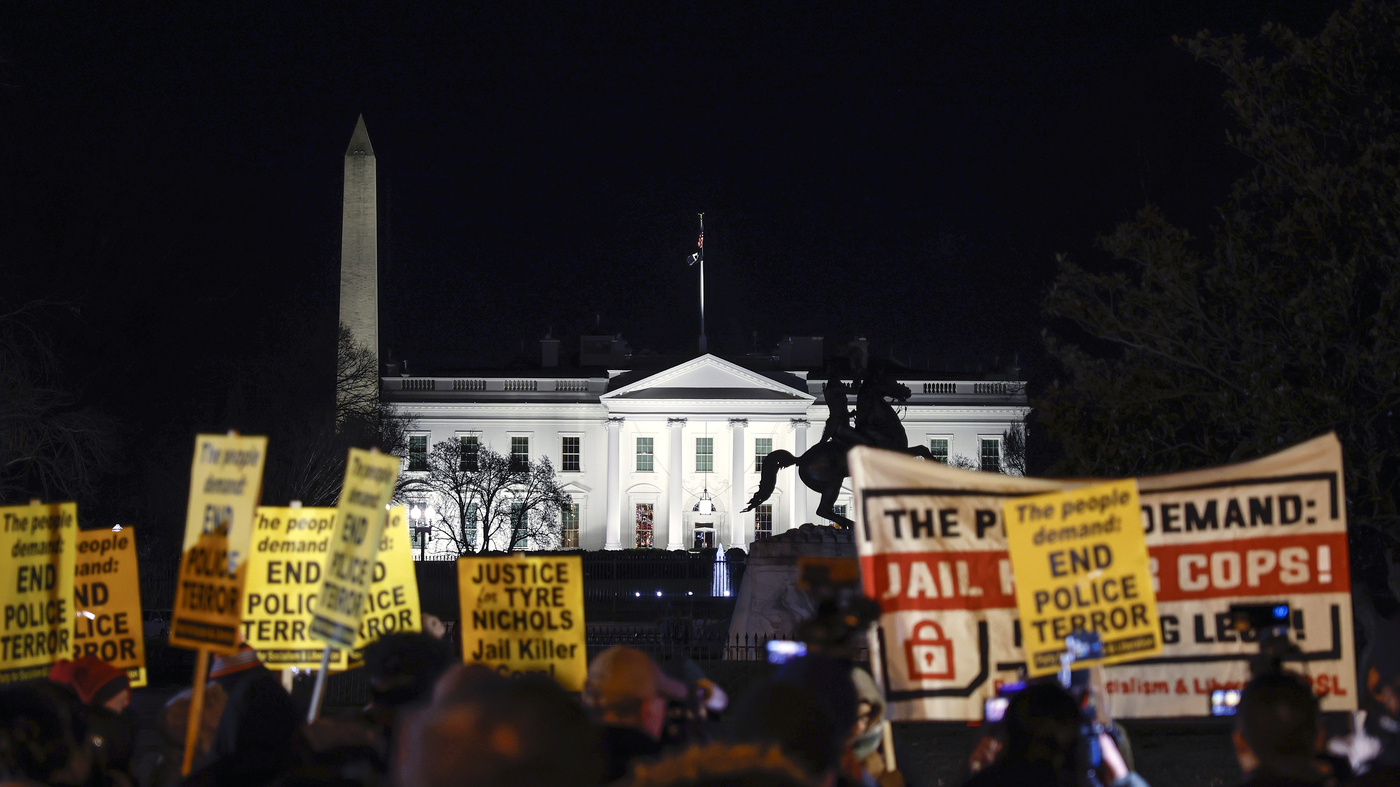 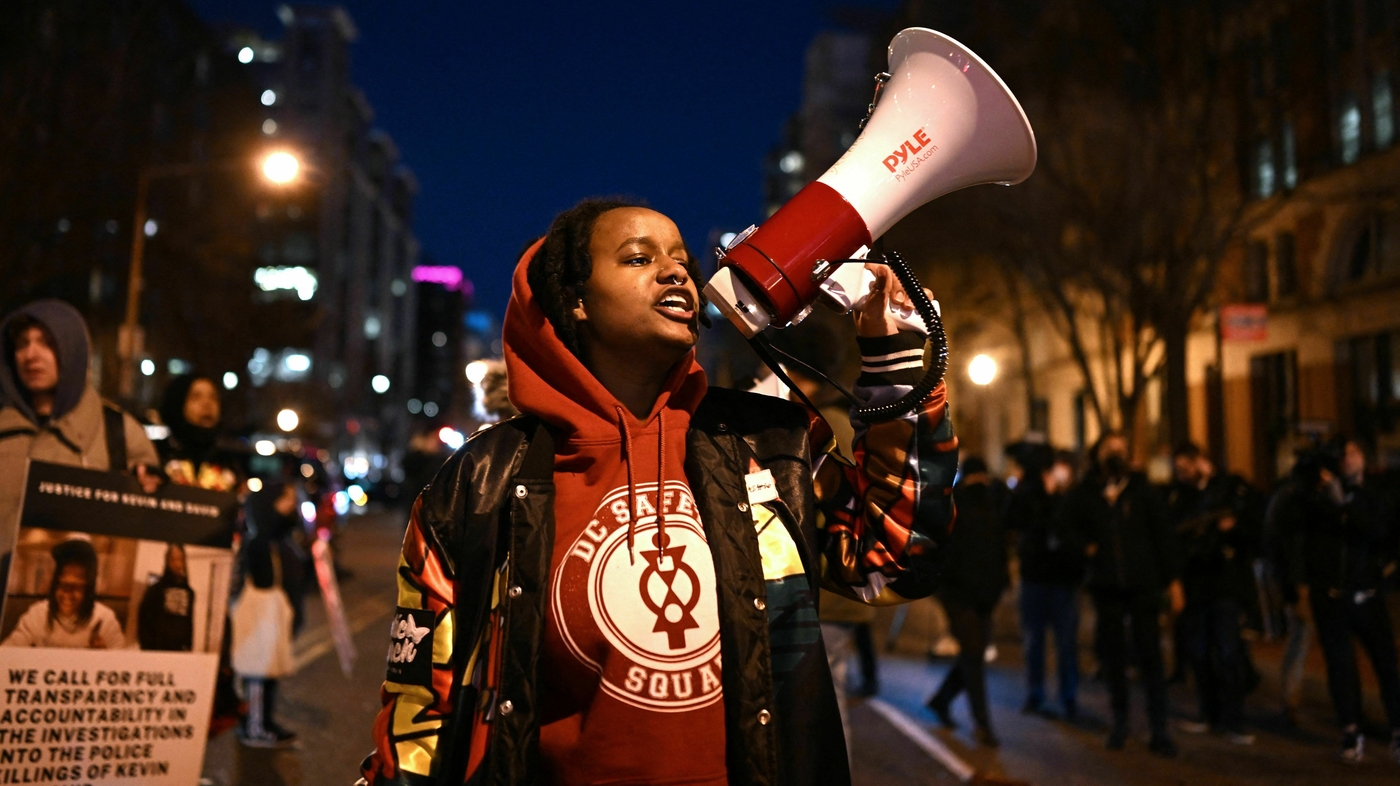 See protests unfold across the country after release of Tyre Nichols video : The Picture Show : NPR 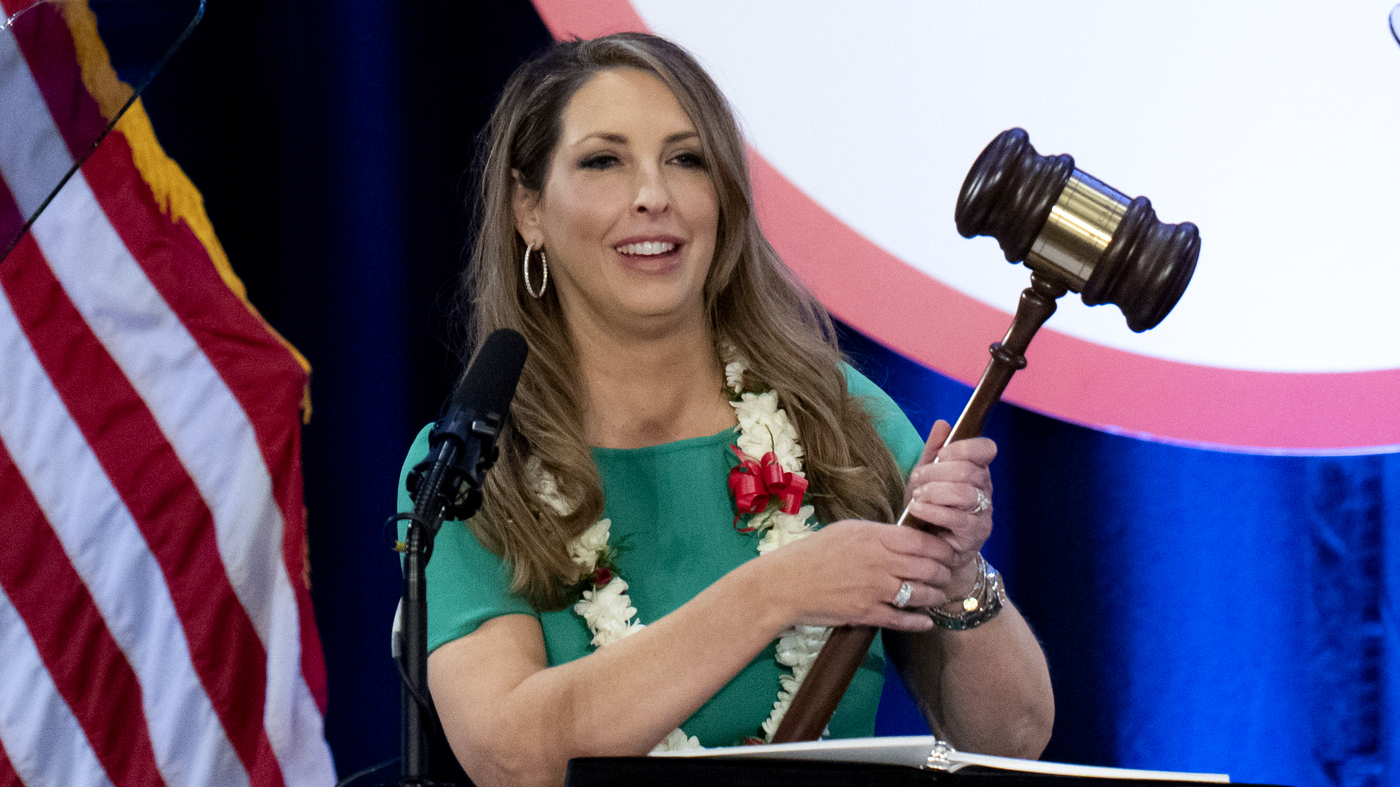 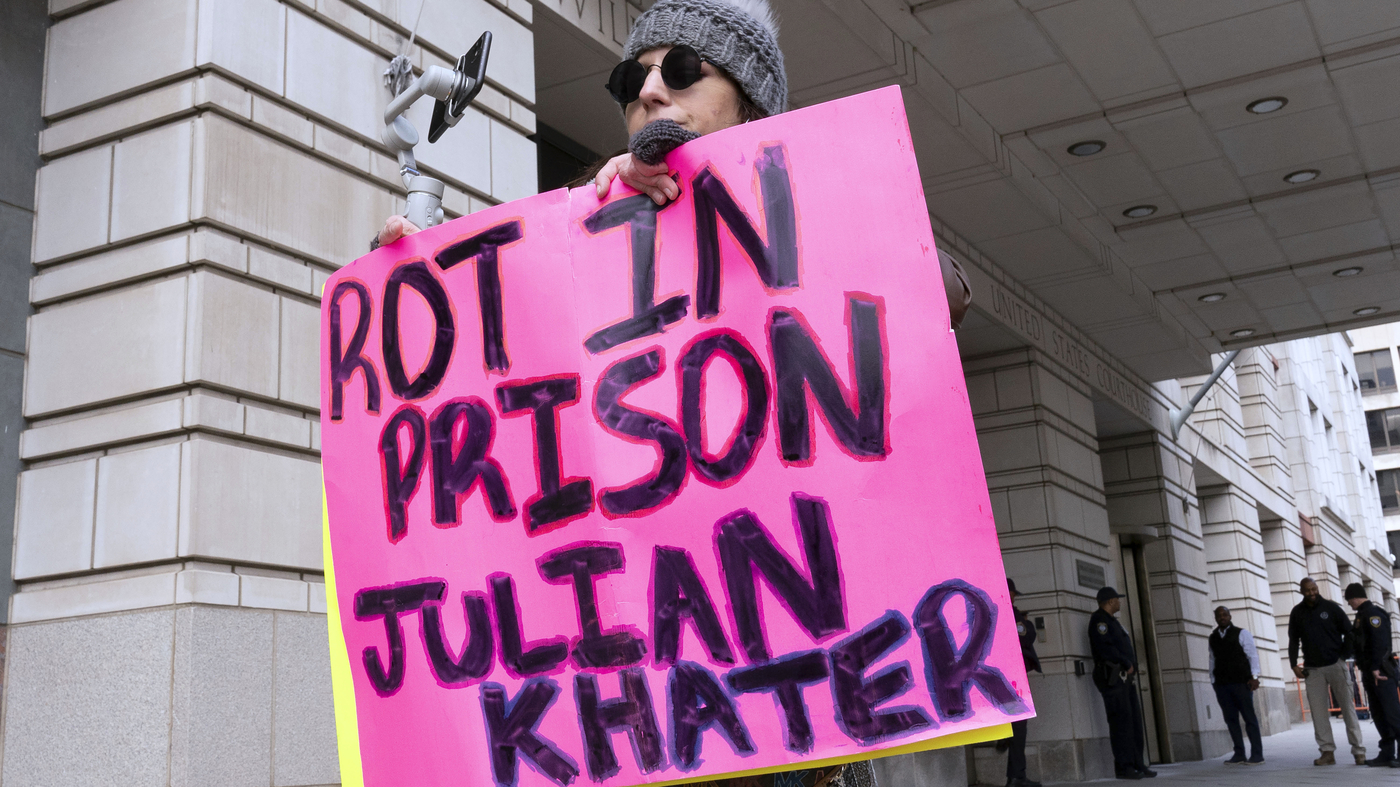 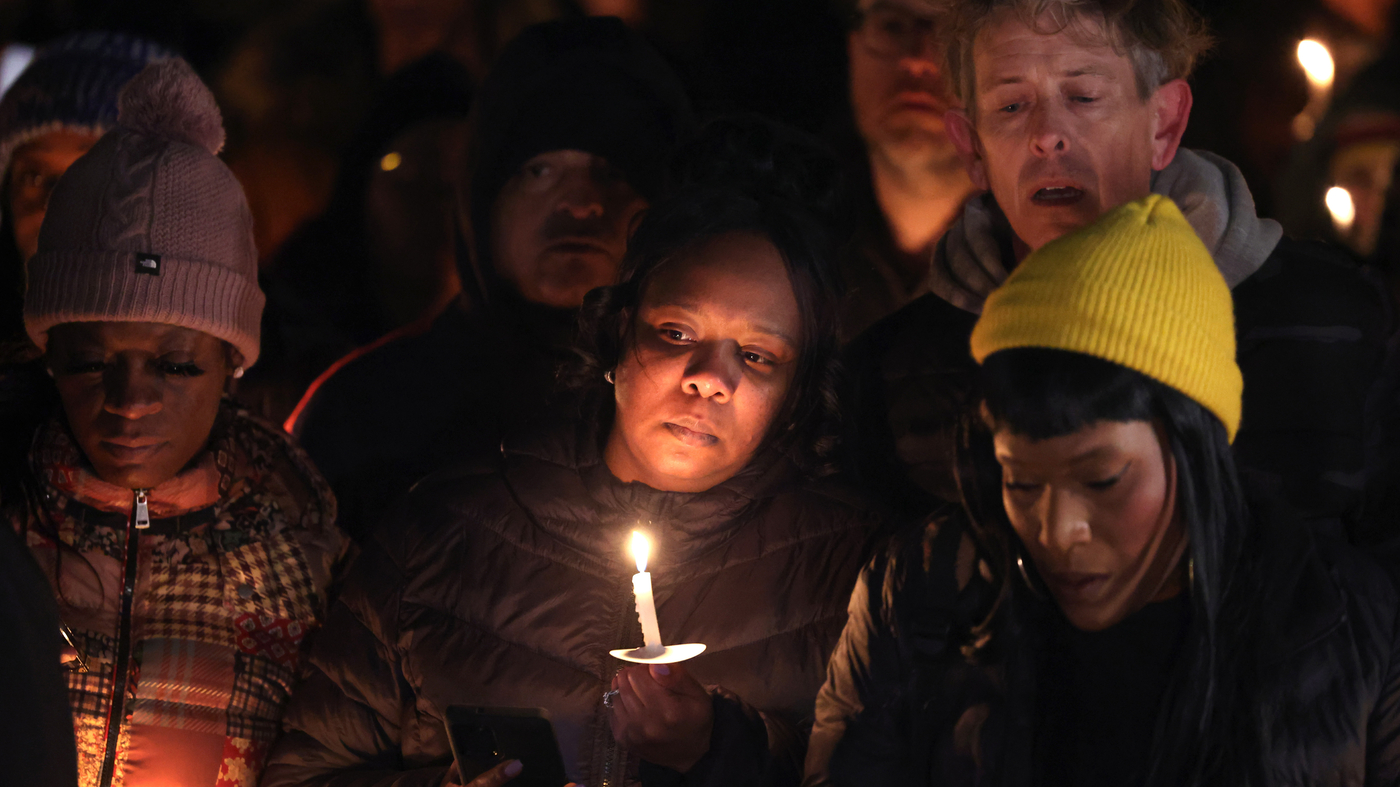 Being exposed to videos of police killings can lead to symptoms of PTSD : NPR 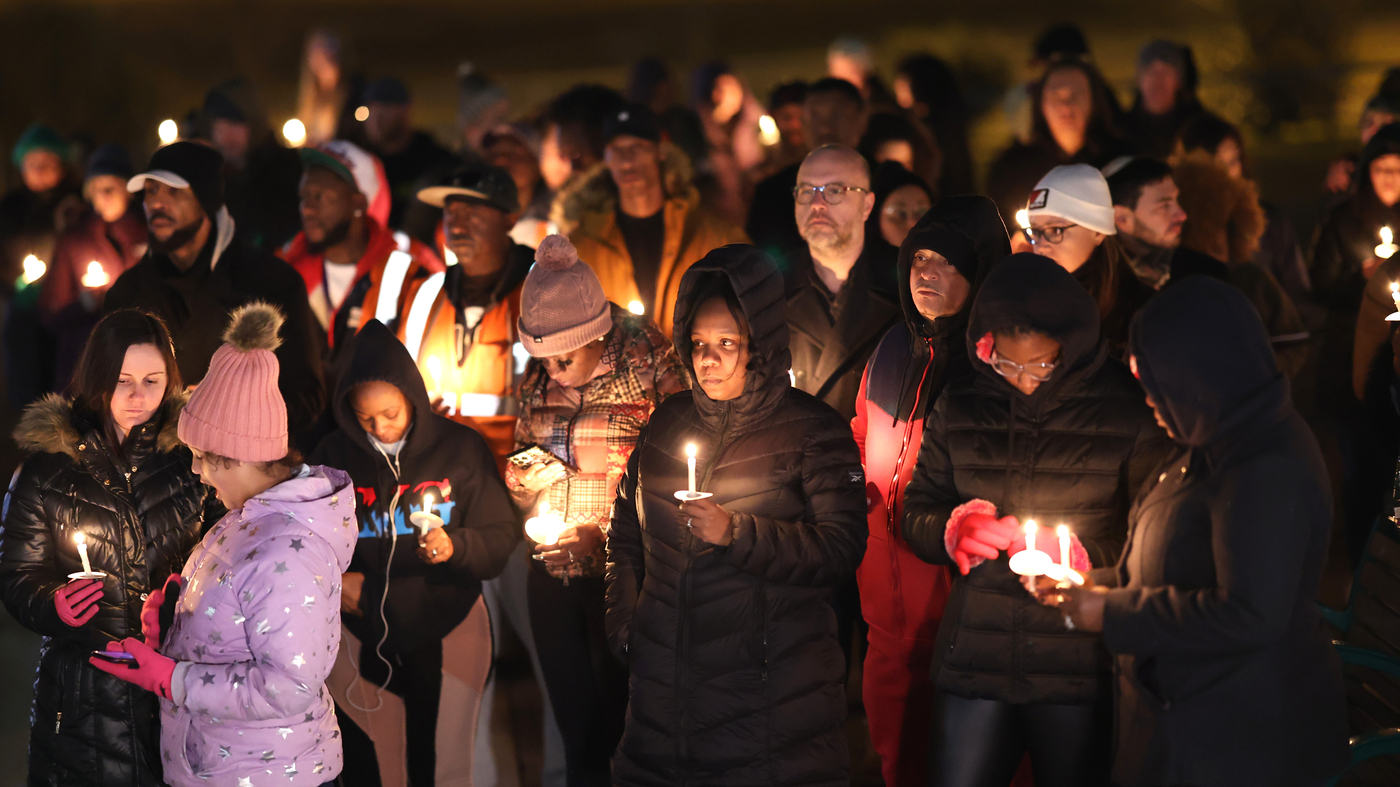