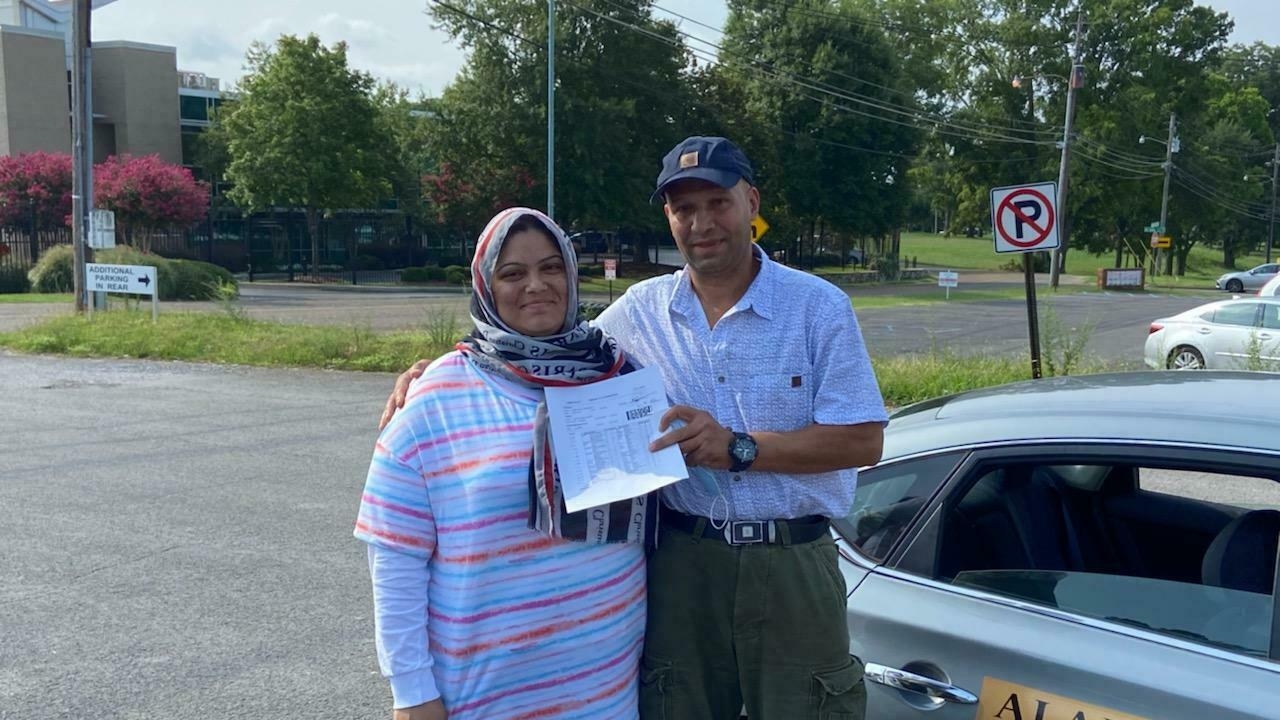 Sharifa (left) and Homayoon Ghafoori resettled in Hunstville, Alabama after fleeing from Afghanistan last year. One of Sharifa’s first goals was to get a driver’s license.

Sharifa (left) and Homayoon Ghafoori resettled in Hunstville, Alabama after fleeing from Afghanistan last year. One of Sharifa’s first goals was to get a driver’s license.

With refugee resettlement organizations stretched thin, the State Department is trying to make it easier for everyday Americans to sponsor refugees from abroad and help them resettle in the U.S.

The private sponsorship program announced today, known as Welcome Corps, could mark a significant shift in how refugee resettlement in the U.S. works. Until now, the State Department has relied on refugee resettlement organizations to do this work. But those groups have been struggling to rebuild after deep cuts during the administration of former President Donald Trump.

The new pilot program is modeled in part on previous efforts to resettle Afghans who were evacuated last year and Ukrainians fleeing the war in their country. Now that approach is expanding to other refugees from around the globe.

“The Welcome Corps is the boldest innovation in refugee resettlement in four decades,” said U.S. Secretary of State Antony Blinken.

The new private sponsorship program will allow U.S. citizens and permanent residents to sponsor refugees from around the world, the State Department said.

Groups consisting of five or more private sponsors will do many of the same things that non-profit resettlement agencies have traditionally done for new arrivals: help them find housing and work, and show them how to navigate their new homes.

The program is intended to harness “the energy and talents of Americans from all walks of life desiring to serve as private sponsors,” Blinken said, “ranging from members of faith and civic groups, veterans, diaspora communities, businesses, colleges and universities, and more.”

In the initial phase of the program, the State Department said private sponsors would be paired with refugees who’ve already been approved for resettlement in the U.S.

Those refugees could come from anywhere in the world. In practice, however, the majority of refugees who are approved to resettle in the U.S. have been displaced from a relatively small number of countries. So far this fiscal year, the countries at the top of that list include the Democratic Republic of the Congo, Burma, Syria and Afghanistan.

The State Department first tested out the approach earlier this year in a new pathway for Afghan evacuees. In that program, known as Sponsor Circles, any group of Americans could come together to welcome Afghans, but they had to meet certain basic requirements. The groups had to raise more than $2,000 per refugee to cover rent and other expenses. They also had to submit a rigorous resettlement plan and pass a background check.

“What you get from this expanded model of resettlement is more people, more organizations, more geographies and locations that are able to welcome refugees,” said Sasha Chanoff, the CEO of RefugePoint, a non-profit that works to identify refugees for resettlement in the U.S., who has helped advise the State Department on the new programs.

When the Ghafoori family arrived in the U.S., they had never even heard of Alabama.

“When they showed us the pictures, I liked it. And now that we are here, we like it a lot,” Sharifa Ghafoori told NPR in Dari through an interpreter earlier this year. “This is the best place for us, and we are not going anywhere.”

Sharifa and Homayoon Ghafoori fled Kabul last year with their six kids. He had worked as a security guard at the U.S. Embassy. They had no friends or family in the U.S. But that changed pretty quickly once they arrived in Huntsville, Ala. early last year.

The Ghafooris were welcomed by Julie and Ben Johnson, who organized a sponsor circle to help them resettle. Ben Johnson had served in the U.S. Army in Afghanistan. So when they saw the fall of Kabul, they felt compelled to help.

“I am fully aware that a lot of people I served with were – the Afghans I served with – were killed,” Johnson said. “So when we got the chance to repay this kind of personal debt, I had to say yes.”

The Johnsons helped to find an apartment for the Ghafooris and their six kids, who had never slept in beds before. When NPR first spoke to the Ghafooris last April, Sharifa said she was eager to learn how to drive. Now they both have driver’s licenses and cars, and they both work at the same nursing home in Huntsville.

In an email this week, Julie Johnson called the experience “truly transformative” and “life-changing” — not only for the Ghafooris, but for her own family as well.

The announcement of the Welcome Corps program comes at a time when the major refugee resettlement agencies have found it difficult to rebuild their capacity after the deep cuts during the Trump administration forced them to shutter offices and lay off workers.

The Biden administration has since authorized a cap of up to 125,000 refugees per year, but fewer than 7,000 refugees were actually resettled during the first three months of the fiscal year that began in October, according to State Department data.

Supporters of the traditional resettlement agencies argue those numbers don’t tell the full story. They note that those organizations have also helped to resettle more than 80,000 Afghans and tens of thousands of Ukrainians, who are not counted in the official refugee data.

The number of refugees who are resettled under the new private sponsorship plan will be relatively small at first. The State Department’s goal is to mobilize at least 10,000 Americans to step forward as private sponsors in the first year, Blinken said, welcoming at least 5,000 refugees from around the world.

The new pathway is modeled in part on Canada, which has long relied on private sponsorship as a major part of its refugee resettlement system.

“That’s dramatically transformed Canada’s stance on immigration broadly,” Chanoff says. “You see that it’s not as polarized or politicized as it is in America. And that’s one of the things that I hope this can accomplish.” 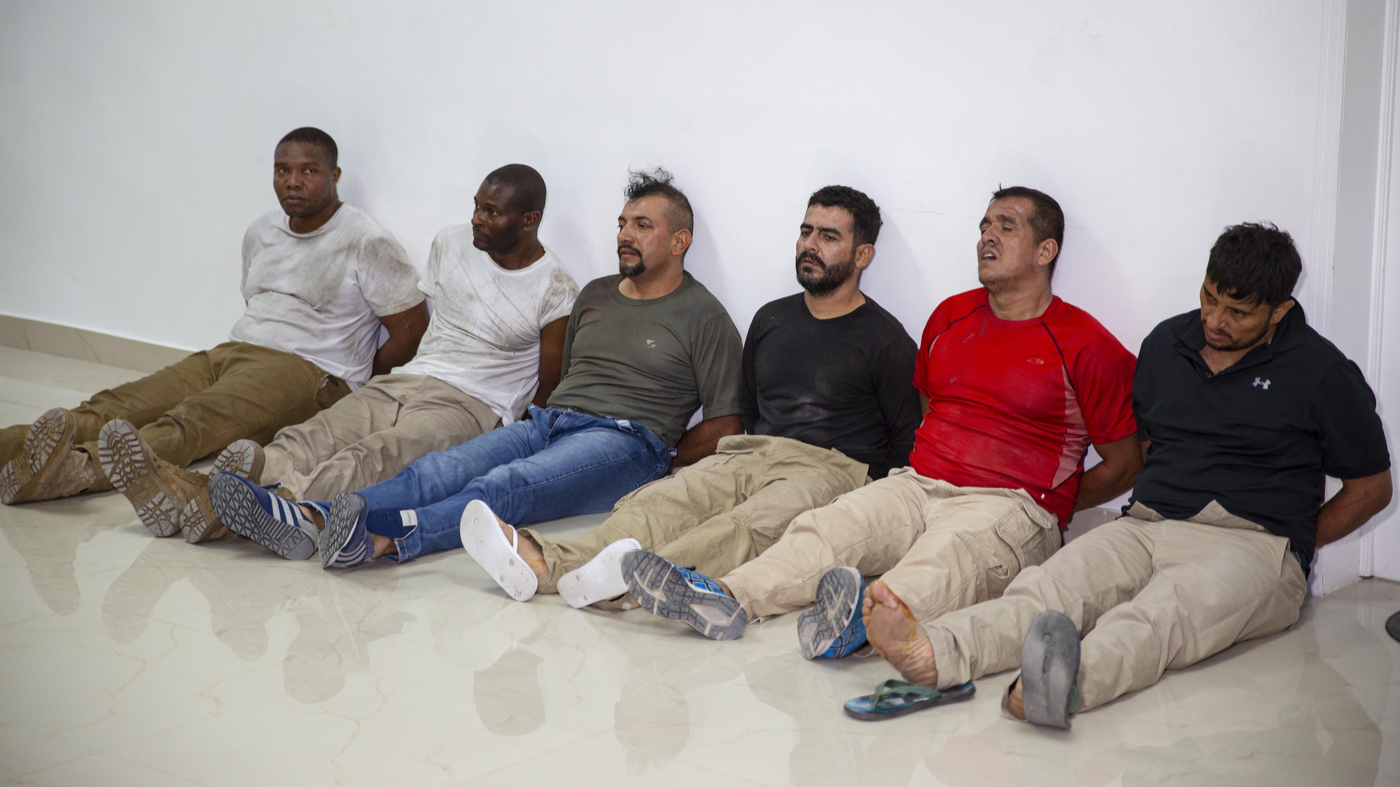 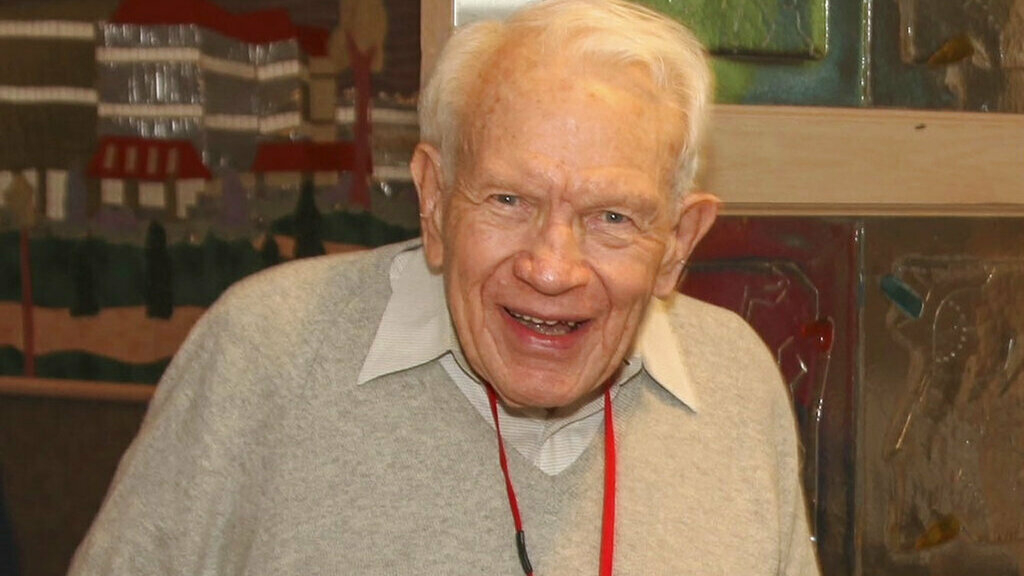 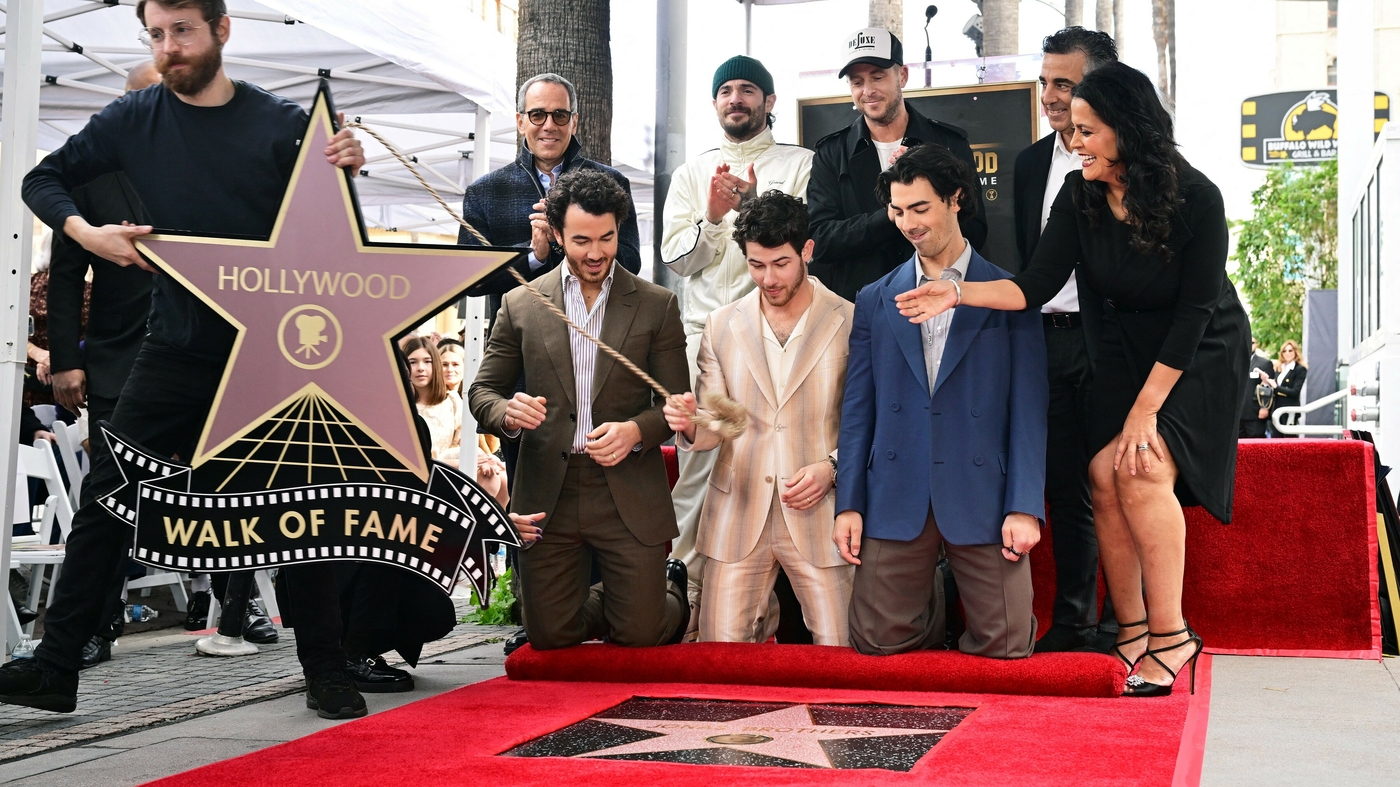 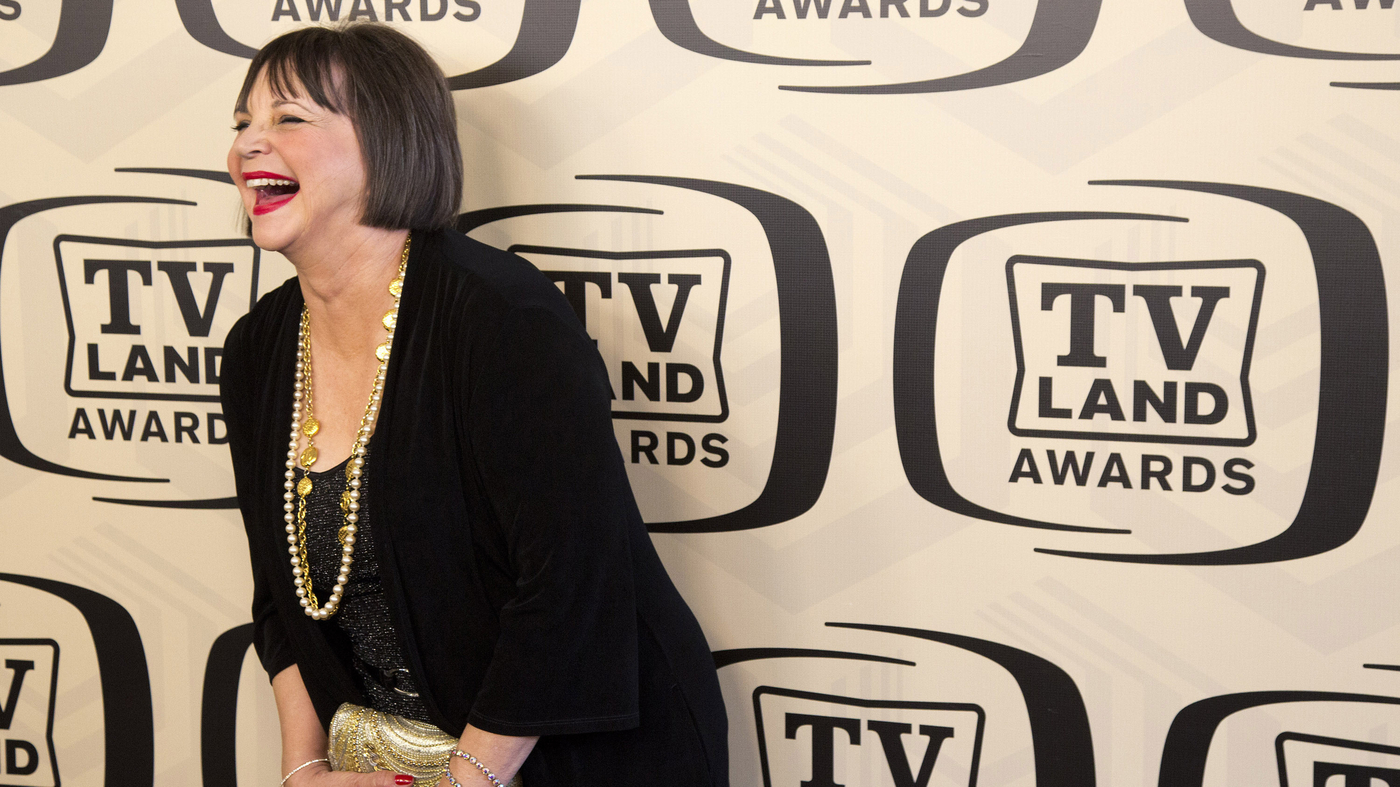