With Stranger Things‘ season 4 now fully pumped into their bloodstreams, fans have already taken to the internet to discuss what they think is next for their favorite characters. Since the Russo Brothers have stated that Will will be at the center of several storylines in the next season, this had led to several fans taking to platforms, such as Reddit, to express their excitement and theories as to how this could come to fruition.

It’s quickly becoming obvious that with a complex science-fiction drama horror show like Stranger Things, the possibilities are endless and entertaining. It would certainly be interesting to see if any of the Redditors’ theories actually come true.

The concept of Will gaining superpowers would be an interesting Stranger Things‘ storyline for the writers to explore in depth in season 5, given how powerless he can appear to be at times.

RELATED: 8 Stranger Things Characters Most Likely to Live Beyond Season 5

Redditors reacted positively to this theory, with much of their enthusiasm centering around the prospect of Will getting some measure of revenge. “Poor Will has been tortured for so long,” writes user Mhc2617, “Let him get to kick some a**.” As the mild-mannered underdog, Will’s potential empowerment would be cathartic for fans since they had been used to him either being pushed to the sidelines or kept in a safe place when the epic battle sequences commenced. It would also allow fans to see him and Eleven work side by side – which is something fans had longed to see for a while.

Noting the significance of the D&D Red Dragon character that Will painted for Mike, Reddit user calembo points out that the Red Dragon is the “only monster more powerful than Vecna in that campaign.”

The possibility of Will either becoming or controlling the Red Dragon D&D character in the Upside Down is too good to pass up for fans, which is understandable. The idea of Stranger Things bringing in another villain similar to Vecna is exciting and fits the show’s fictional scenario. The fans love all the creatures on the show, so they’ll eat up every monster they get.

User teddyburges comments that the Upside-Down “… mirrors his [Will’s] own mental state– frozen in time, wanting to be kids forever, playing D&D.” kicking off a discussion about Stranger Things‘ time-bending intentions.

RELATED: 10 Burning Questions We Have For Stranger Things’ Season 5

The Duffer Brothers have already stated that the time-freeze element of the Upside Down will drive a big chunk of the narrative in season 5 (via Deadline). Redditors had already sensed the time suspension is key to a lot of answers; the clues as to its creation point to Will, especially due to the D&D motif and the fact that Will vanishes on Nov 6, 1983, the day that the Upside-Down was frozen in time and Eleven opened the Hawkins Lab mothergate.

In one of the more mind-blowing hypotheses linked to Will as the Upside-Down creator, Redditor Nickienac suggests that his character is holding on to 1983, ” … before everyone grew up and apart some, before El “stole” Mike, etc.,” and Will has to accept reality in order to be able to defeat Vecna.

The idea of “growing up” has gradually emerged as a big theme in the show, mainly because the audience is watching these youngsters mature into young adults. Plugging the triumph of good over evil into Will’s grown-up decisions to let go of his childhood and accept the harsher realities of the bigger world would prove a great dramatic story arc (and certainly better than the ones in season 4); its power would be bound to the evolving lives, bodies and minds of its core characters.

A top Reddit theory is that Will’s character will dominate season 5 because he is subconsciously shaping and controlling everything. Reddit User ReaperCDN posits, “Will is the DM … he’s been manifesting the game he wanted to play the whole time.”

This theory gets a lot of enthusiastic responses and for good reason–there’s an undeniable narrative link between Will’s real-world fantasy and the supernatural story structure, such as the Will-centered architecture of the Upside-Down (his house) and the D&D-inspired elements within it. Many Stranger Things fans want Will’s character to get more screen time in season 5 and they may well get what they want.

Since Will has said that he can “feel” Henry, Redditors suggest that Will and Vecna might have a supernatural connection similar to Harry Potter and Voldemort, and thus it will be the two of them facing off in the final Stranger Things battle.

“Annnnnnnd what was Will’s character when introduced playing D&D?” Redditor ProvoqGuys writes, “A wizarrrd!” There is no escaping how perfectly this wild theory fits into the weird universe of Stranger Things. If Will created the Upside-Down mirror-universe in an instant that captured his way of dealing with the world, then it makes sense that his version of himself is part of the D&D scenario along with Vecna. That might also mean, if the personas of the others involved in the game also transfer, that Lucas is the Knight and Dustin is the Dwarf character class.

Reddit user 49Billion tables the idea that Will “… has part of Vecna in him and his jealousy toward El makes him the biggest villain …” Fellow Redditors liked this wild idea and thought it workable.

It’s possible that something of Vecna has absorbed into Will, and even though he has a good heart, he’s gone through so much torture that there may well be a way for Vecna or some event to flip his switch to the dark side. The possibility of Will starting season 5 with good intentions, then becoming a villain alongside or competing with Vecna is tantalizing, especially if there is a Darth Vader moment when Will ultimately realizes what he has become and sacrifices himself to destroy Vecna and save his friends.

NEXT: Every Stranger Things Couple, Ranked Least Likely To Stay Together After Season 5 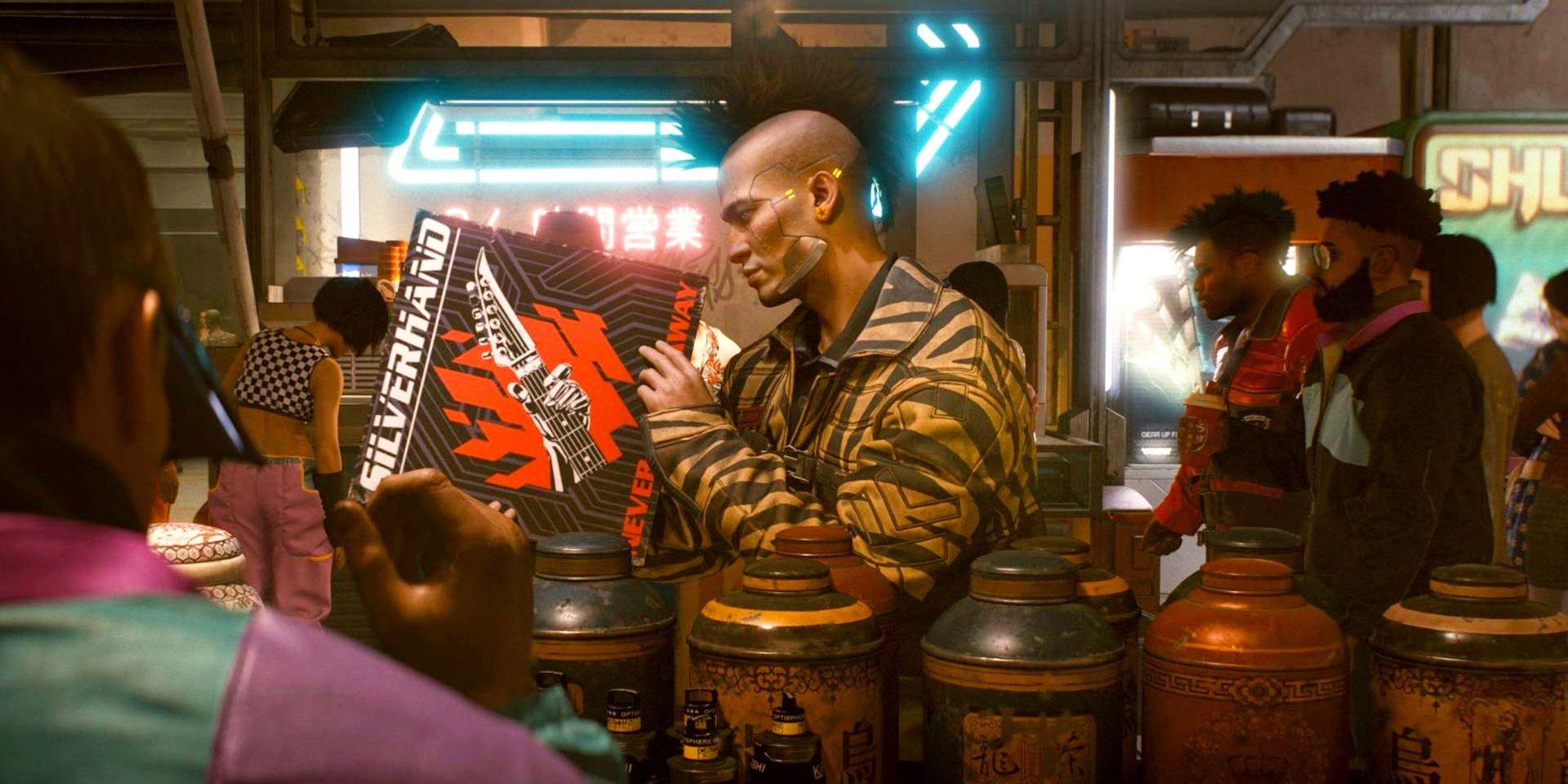 How &quot;Punk&quot; Cyberpunk 2077 Really Is 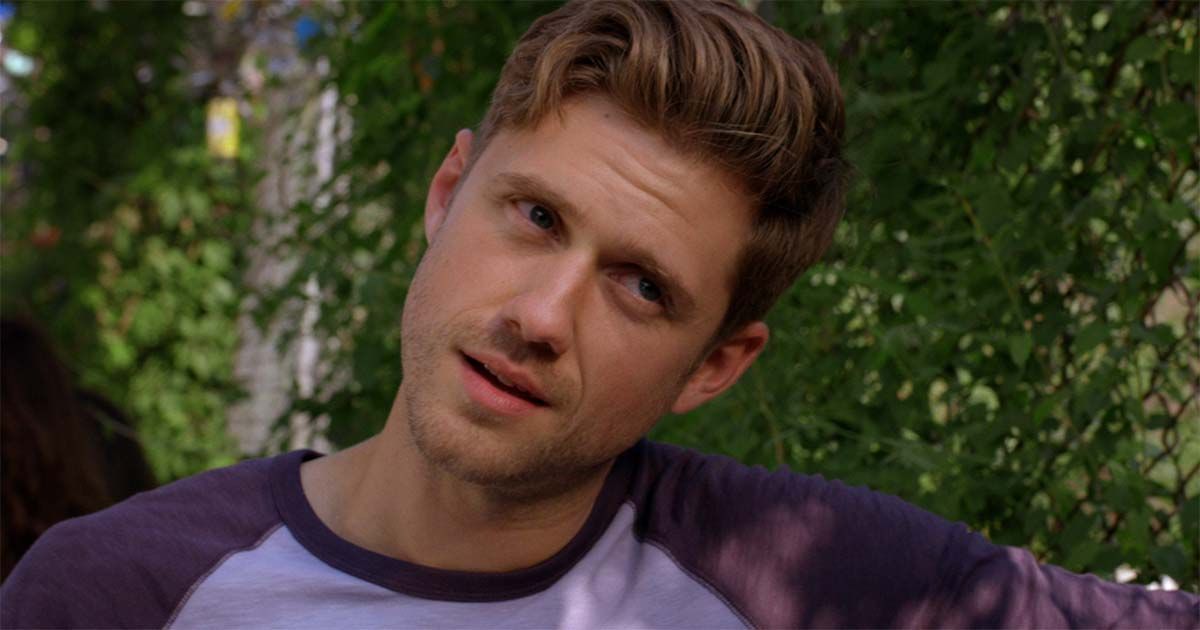 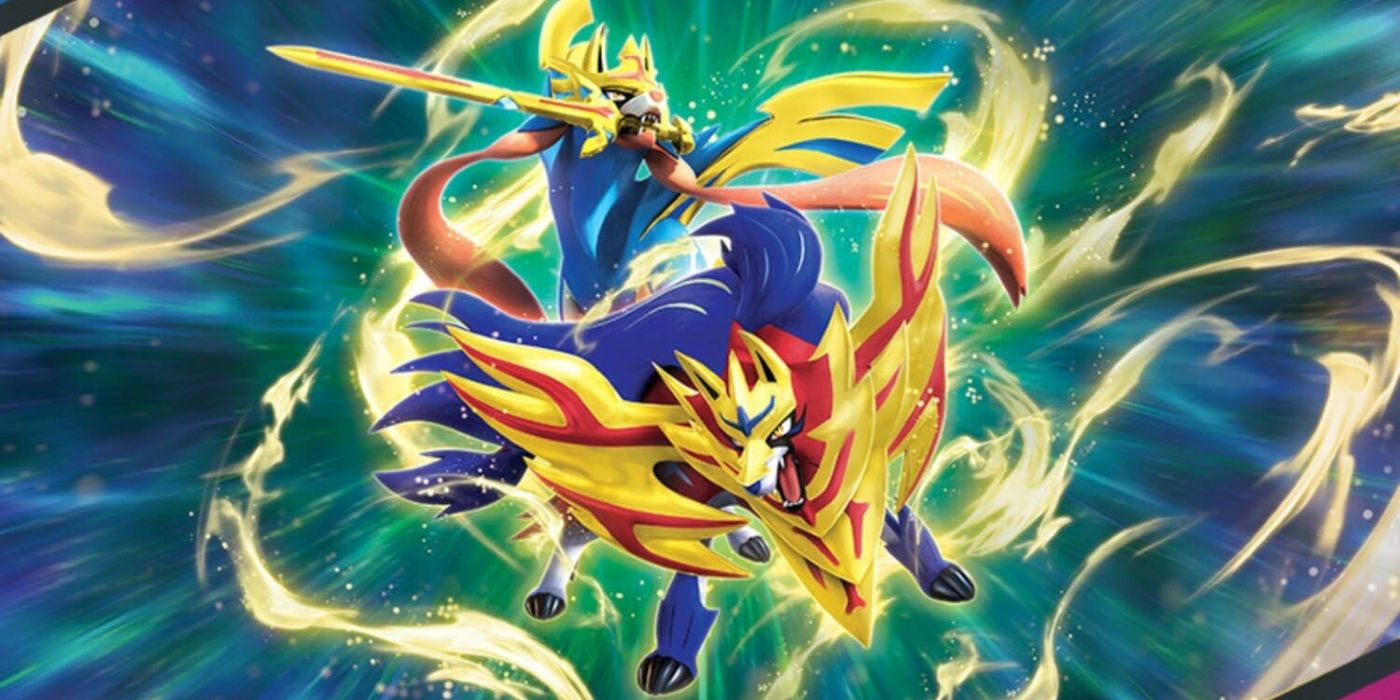 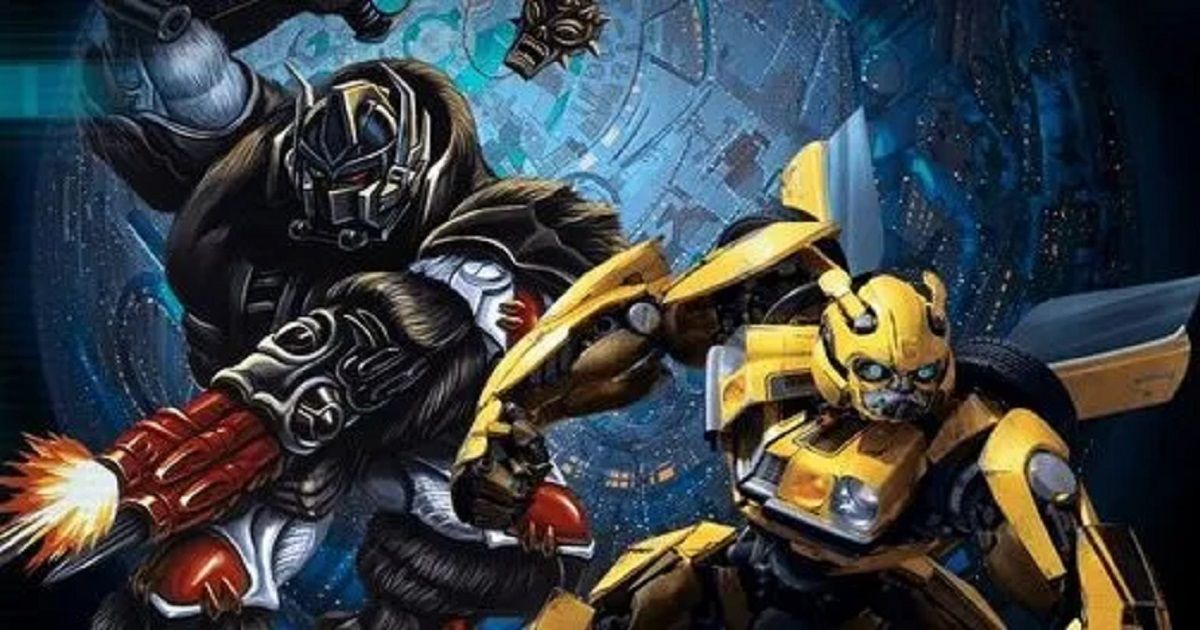 Transformers Rise of the Beasts: All Confirmed Transformers, Explained 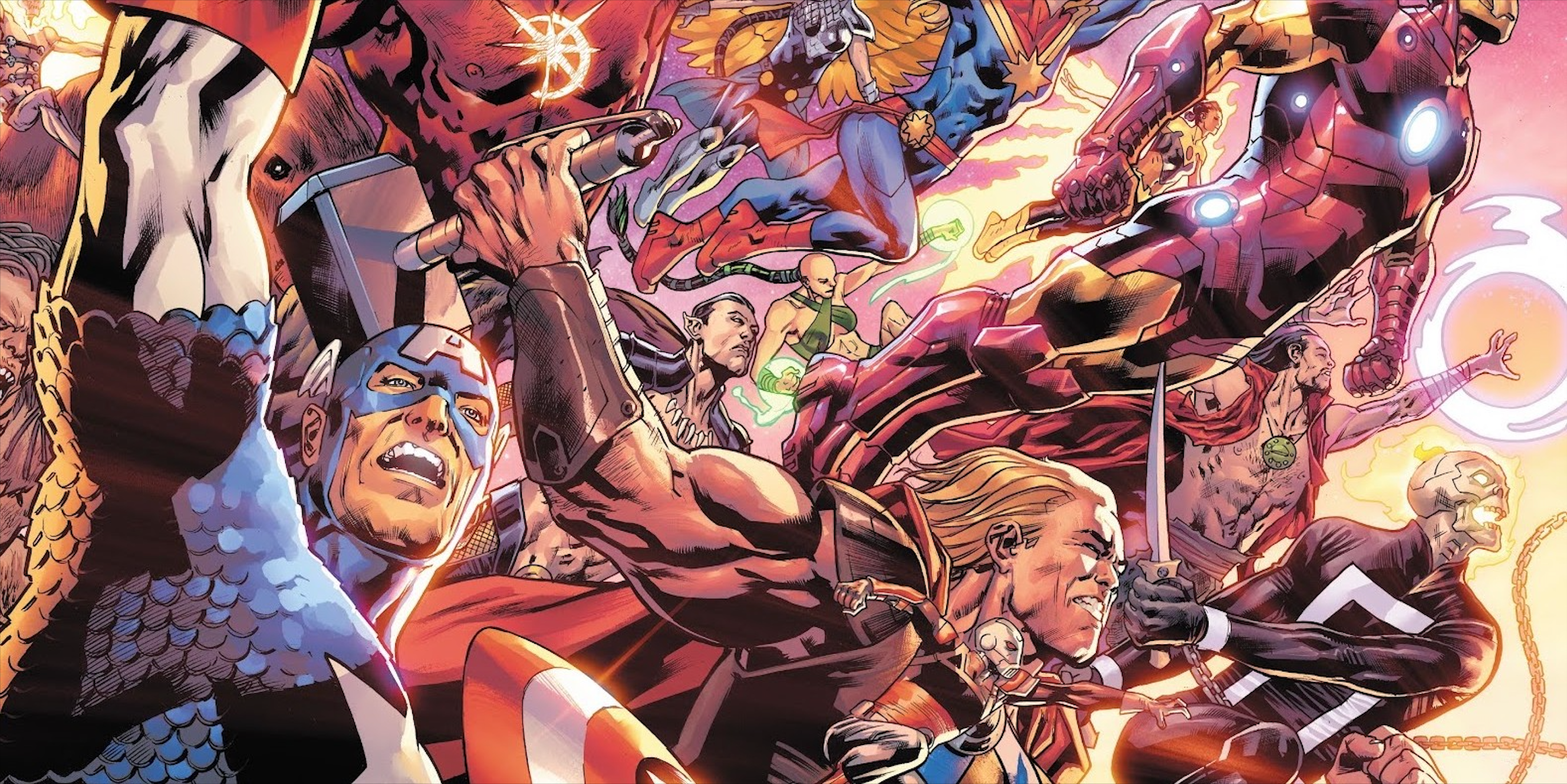 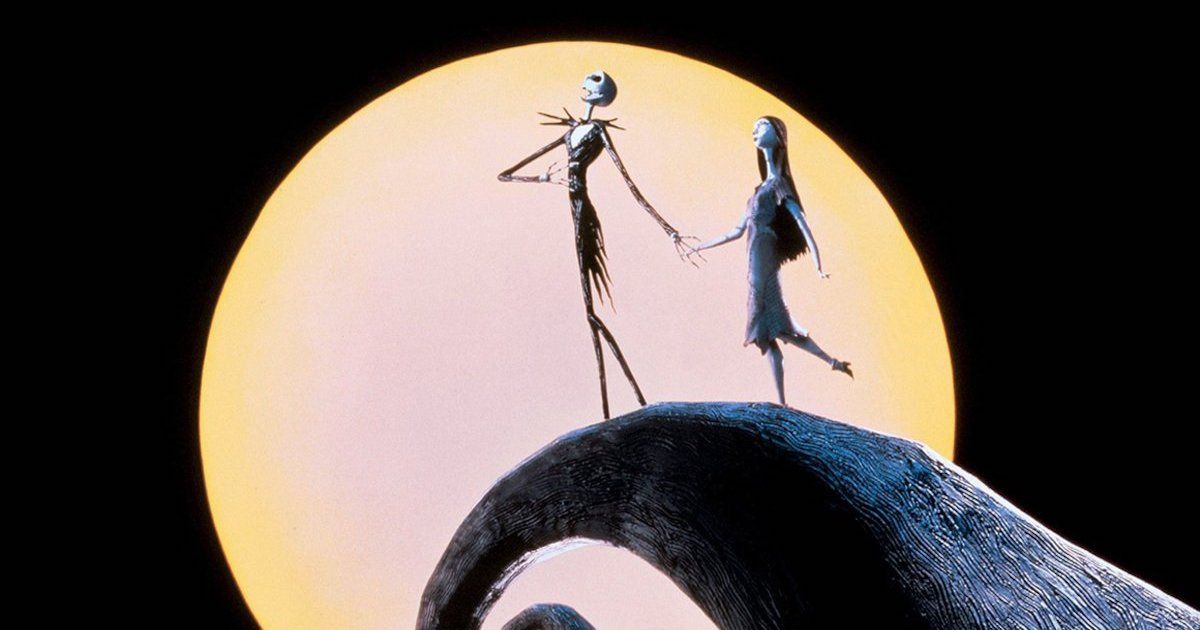 Should Nightmare Before Christmas Be Considered Part of the Disney Renaissance?

Opinion: Opinion: Can moving to a different neighborhood improve your chances...

Thieves Attempt to Steal Mural From Street Artist Banksy Off of...