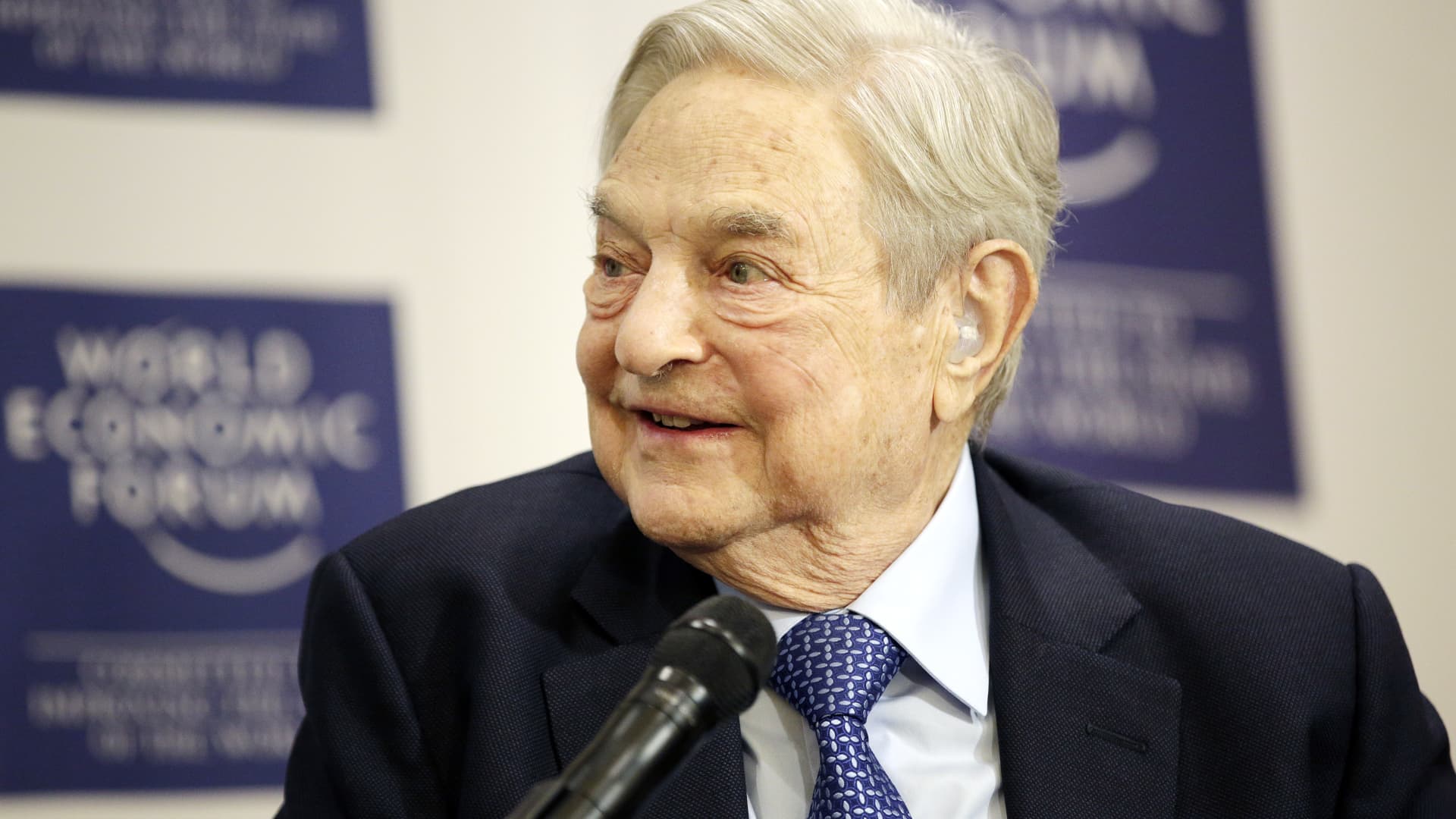 George Soros, billionaire and founder of Soros Fund Management, at the World Economic Forum in Davos, Switzerland, in Jan. 2016.

The World Economic Forum in Davos, Switzerland, kicks off next week. It’s an annual meeting where a global elite of business leaders, politicians and economists make bold predictions and try to set the agenda for the year ahead — but they don’t always get it right.

Here’s a recap of some calls made in recent years.

The fate of Europe’s economy was a big concern at May’s 2022 WEF annual meeting, in the wake of Russia’s invasion of Ukraine.

Citigroup CEO Jane Fraser said at a panel, “I think much more concerning for Europe, that is right in the middle of the storms from supply chains, from energy crisis, and just the proximity to some of the atrocities that are occurring in Ukraine.”

When asked whether there would be a recession in Europe, Fraser gave a definitive answer: “Yes — and I hope I’m wrong.”

Though the region’s growth rate has taken a hit and inflation has surged, the EU has so far escaped a recession. A number of analysts predict there will be one in early 2023, but expect it to be “mild.” Berenberg, for example, expects GDP (gross domestic product) to fall by 0.1% in the euro zone this year.

But Goldman Sachs has improved its outlook on the region, saying this week it no longer forecasts a recession for the euro area.

“We maintain our view that euro area growth will be weak over the winter months given the energy crisis but no longer look for a technical recession. This reflects more resilient growth momentum at the end of last year, sharply lower natural gas prices and earlier China reopening,” Goldman analysts said in the note.

They pointed to a GDP growth rate of 0.6% for 2023, compared to consensus expectations for a 0.1% contraction.

Billionaire investor George Soros warned during a speech at Davos in 2018 that the United States could be heading for a nuclear war with North Korea.

“The United States is set on a course towards nuclear war by refusing to accept that [North] Korea has become a nuclear power,” he said at the time.

The Obama administration also said back in 2016 that this was a top national security risk.

So far, the United States has avoided any military conflict with North Korea. In fact, recent concerns along these lines are focussed on Russia, in the wake of its invasion of Ukraine.

Cryptocurrency was rocky throughout 2022, but those in the market weren’t expecting the collapse of FTX — once a $32 billion crypto exchange.

Brett Harrison, who served as president of FTX U.S., told CNBC at Davos in 2022 that the company was in a “very good spot” regarding capital and was looking at acquisitions.

U.S. authorities arrested Sam Bankman-Fried, the former CEO, in December, and accused him of wire fraud, securities fraud and money laundering. Bankman-Fried has pleaded not guilty.

Bitcoin has had a volatile run, but in 2021 and 2022 it reached levels well above those seen in 2019. It has since come down from its historic highs, but its trading levels this week are still above those of four years ago.

At the 2020 WEF, then-German Finance Minister Olaf Scholz said he was confident that a trade deal between the United States and the European Union would be struck. Scholz, who’s now the country’s chancellor, said at the time: “In the end, we know that trade is most successful if there are not too many barriers.”

Both sides of the Atlantic have resolved some trade disputes since U.S. President Joe Biden took office in 2021 – but they still seem far from a comprehensive trade deal.

Despite media reports in 2022 suggesting that Credit Suisse was considering replacing then-CEO Thomas Gottstein, when CNBC asked Credit Suisse chairman Axel Lehmann about it in Davos, he denied the reports.

“They didn’t speak to me and I know that has not taken place, so it is wrong,” he said.

The Swiss bank announced in July that Thomas Gottstein was stepping down. 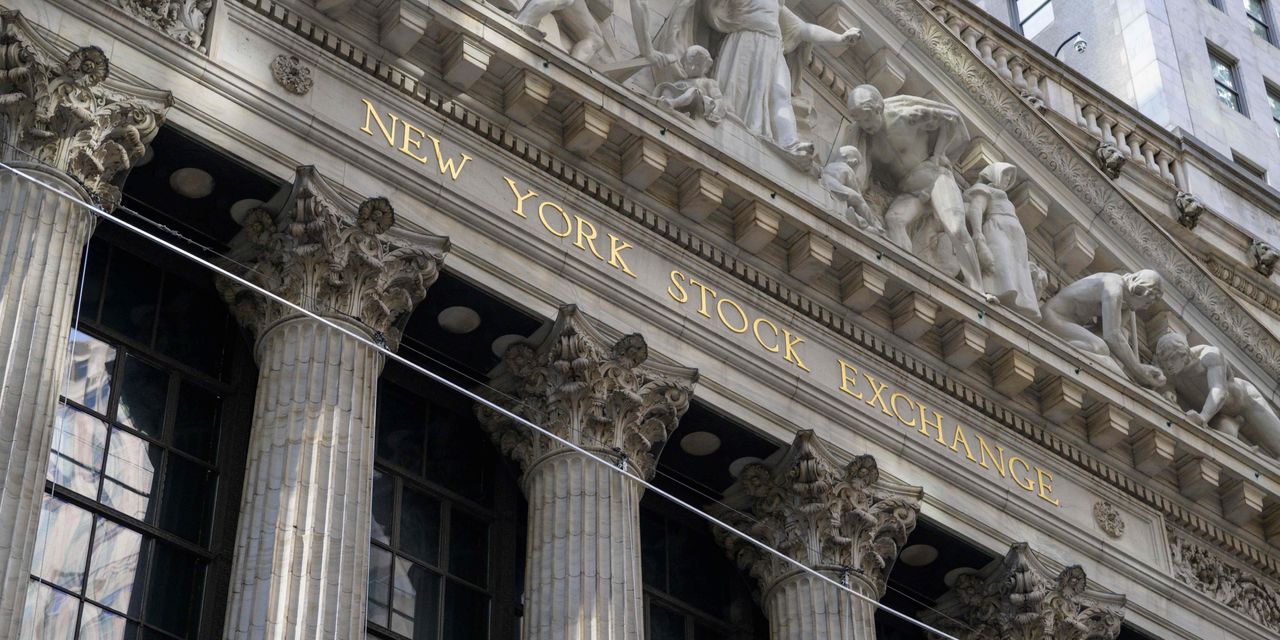 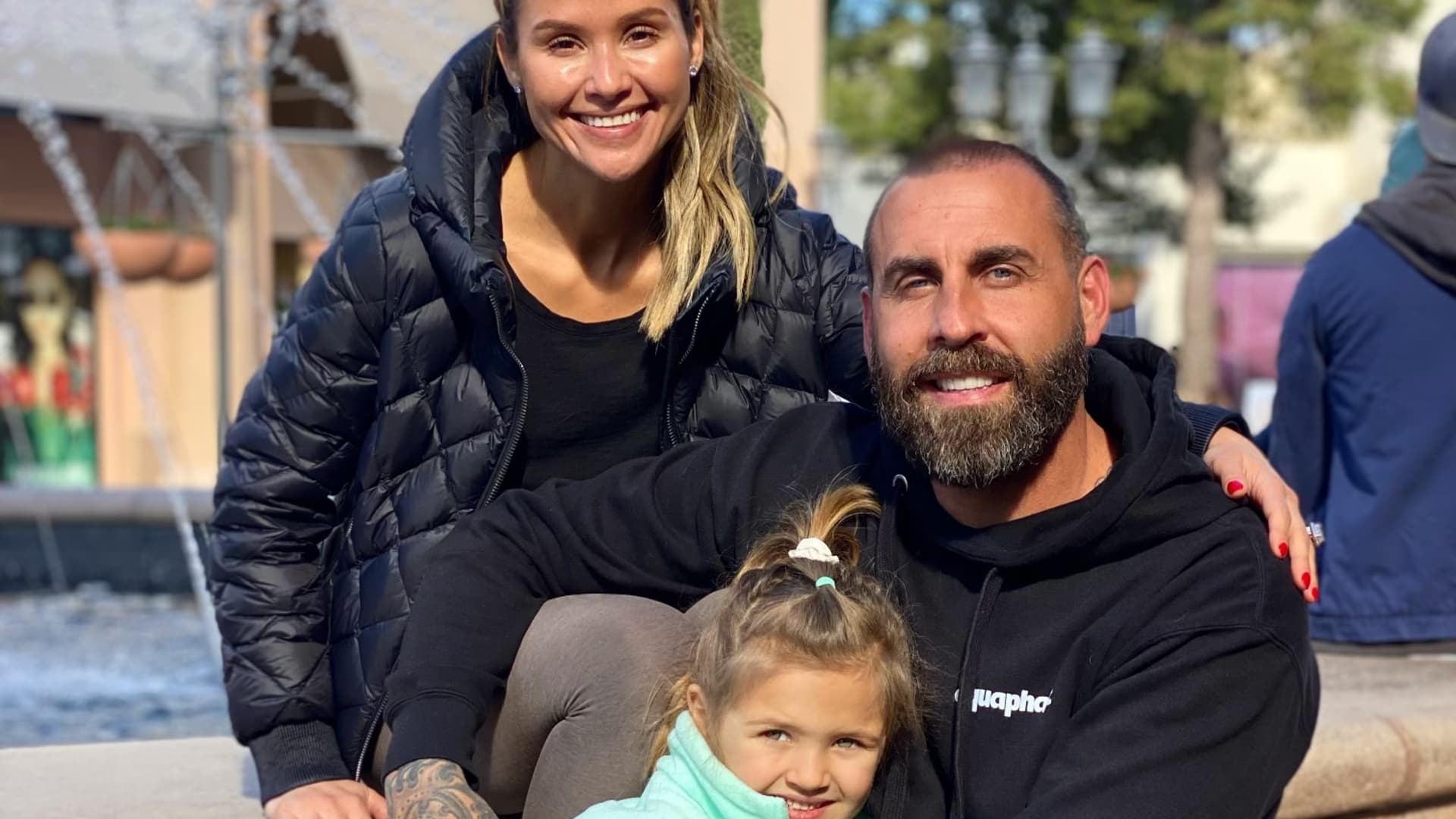 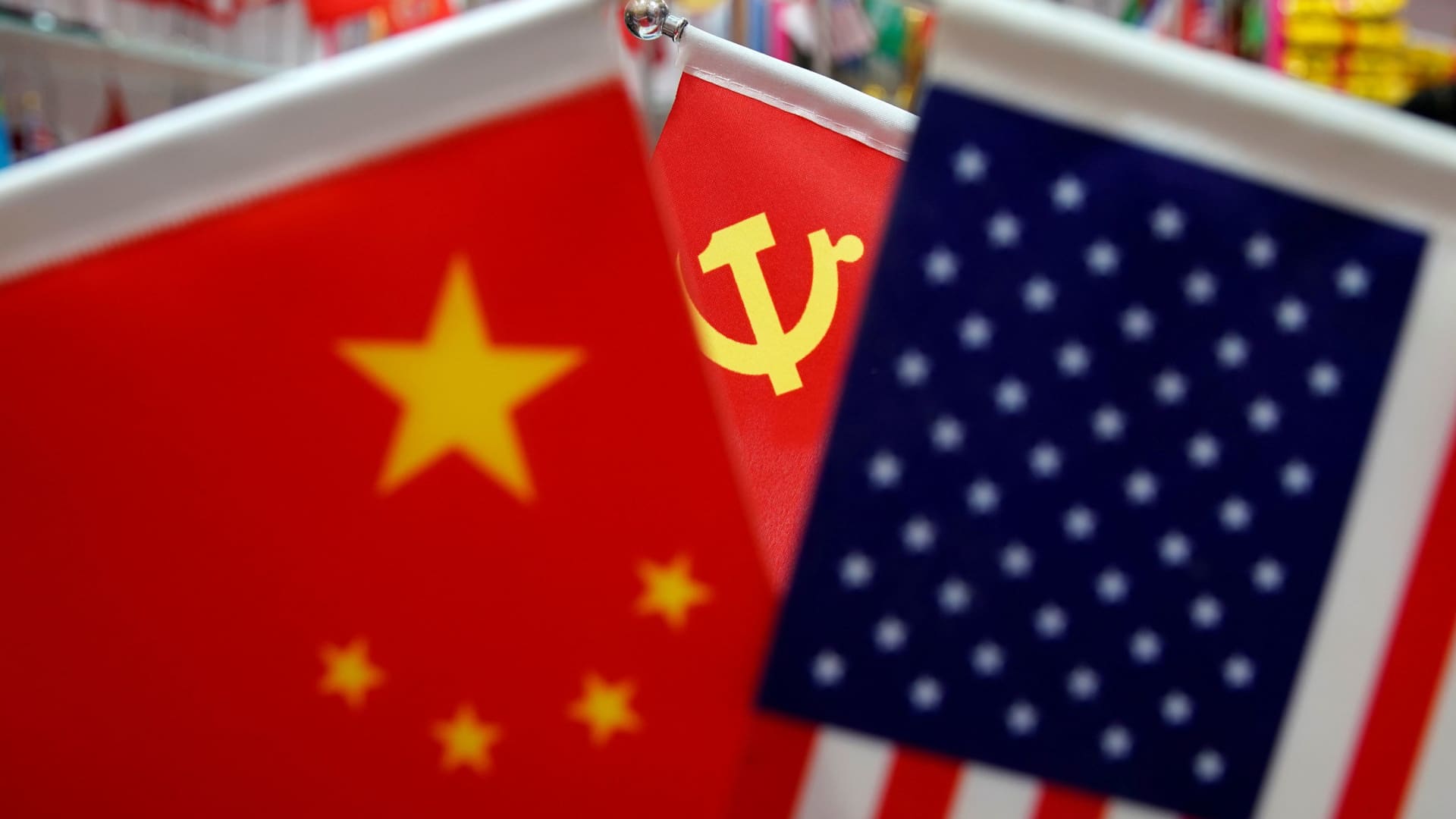 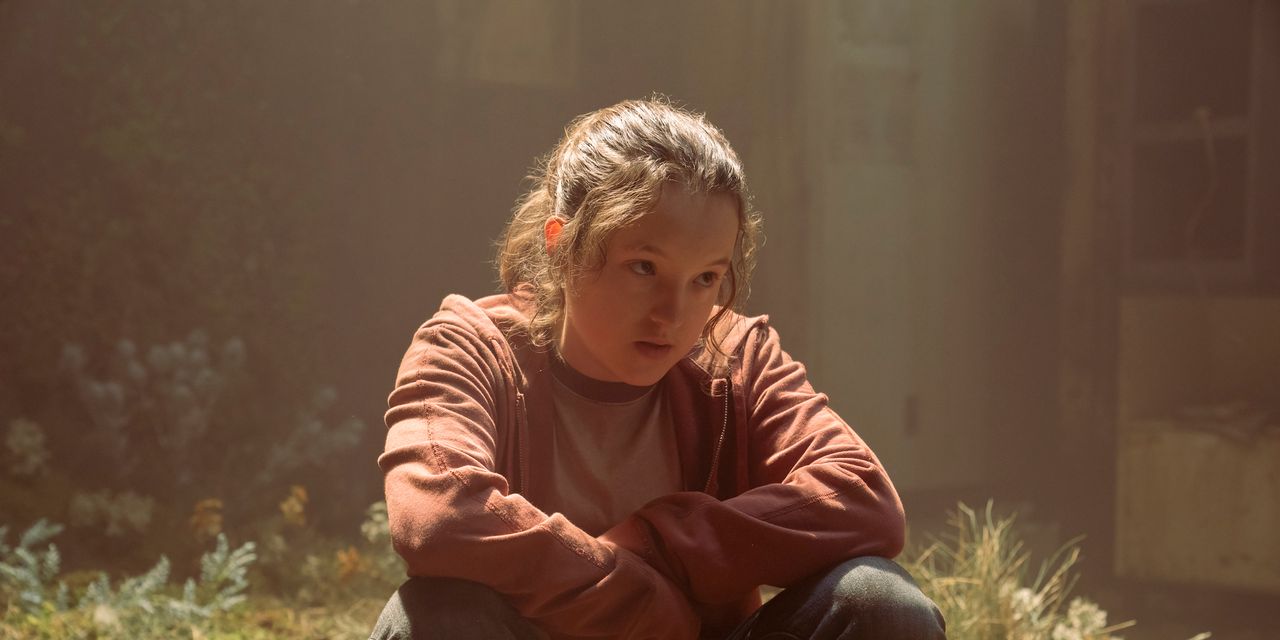 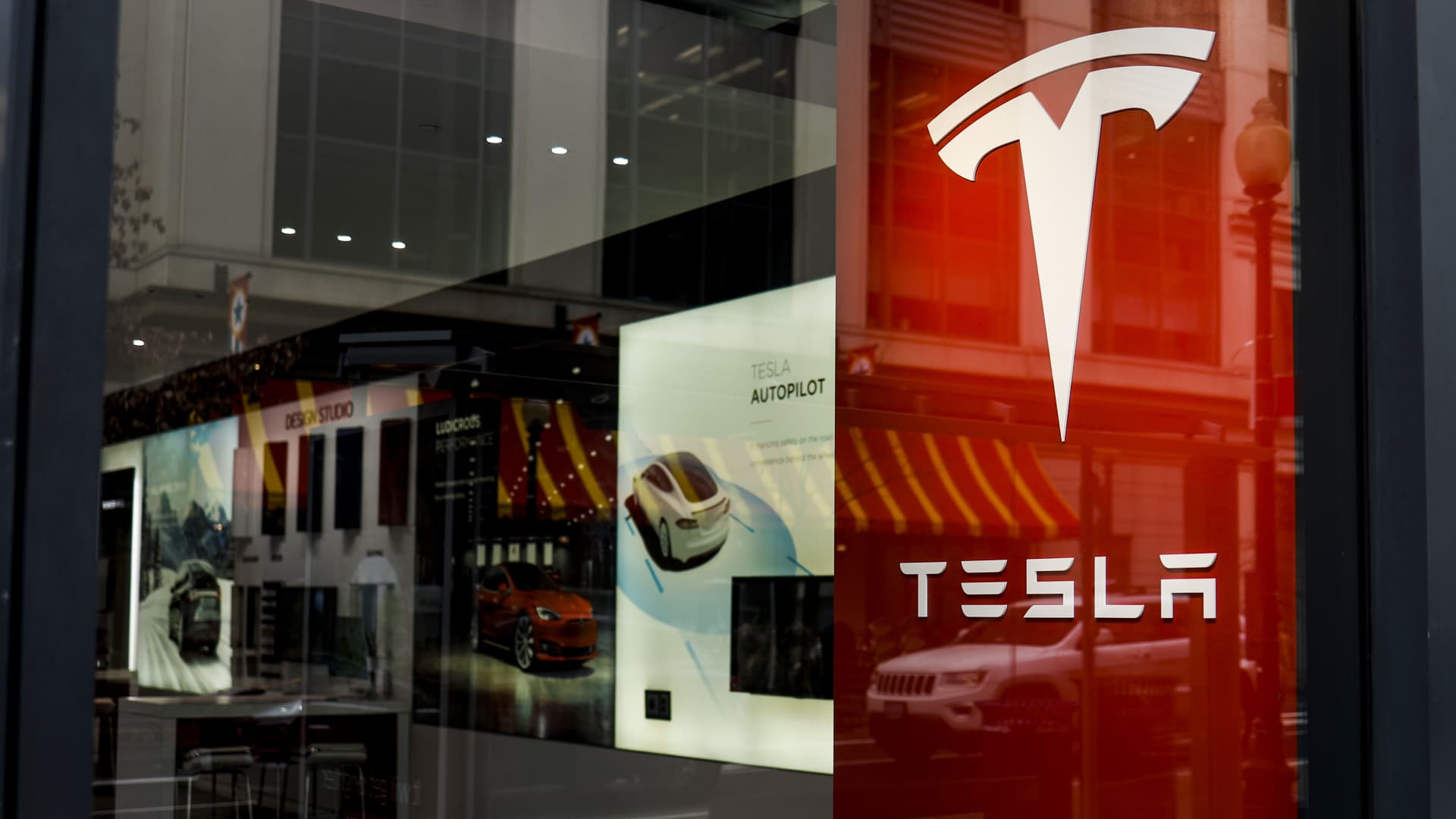