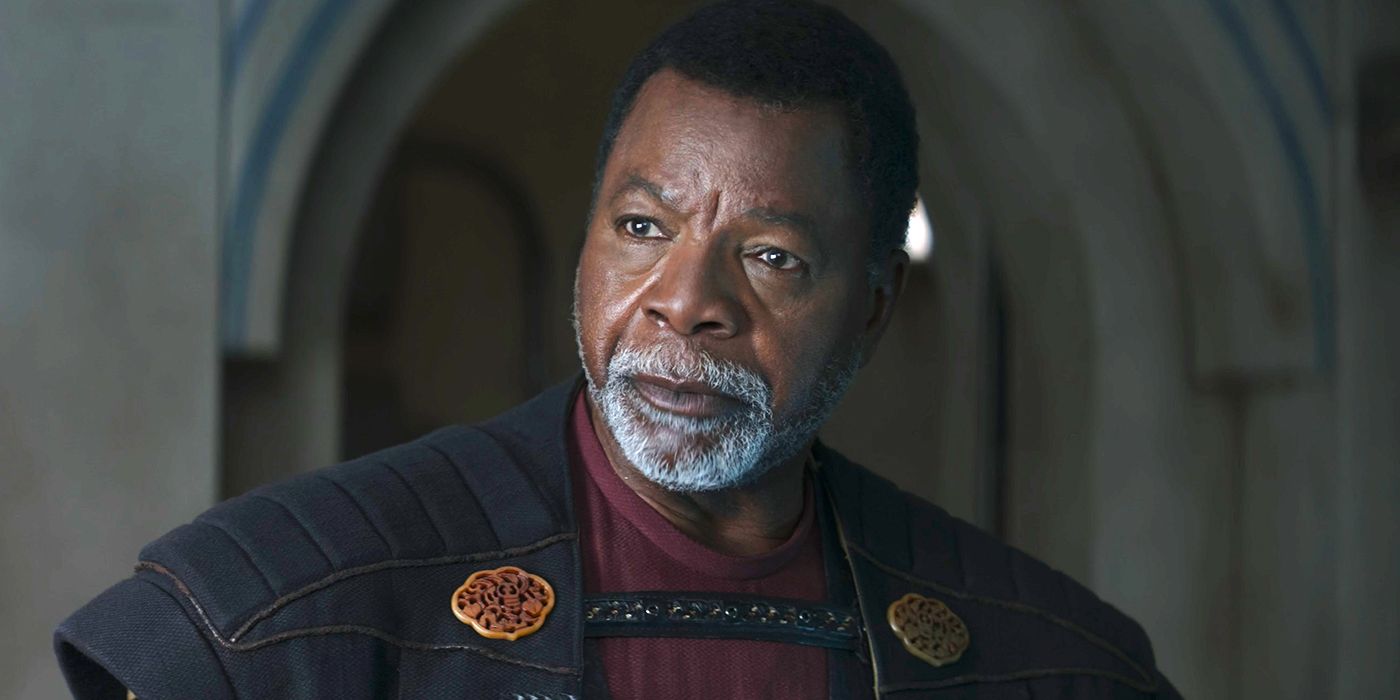 Star Wars actor Carl Weathers has teased the continued evolution of his character, Greef Karga, throughout The Mandalorian season 3. A former agent of the Bounty Hunter’s Guild stationed on the Outer Rim world of Nevarro, Karga was originally intended to be portrayed as a Weequay, the same species as Star Wars: The Clone Wars fan-favorite Hondo Ohnaka, but Jon Favreau did not wish to hide Weather’s performance behind a mask. After casting out Moff Gideon’s Imperial Remnant during the events of The Mandalorian season 2, Karga became High Magistrate and turned his attention to cleaning up Nevarro’s criminal presence and transforming the city into a more respectable place for its citizens.