Ever since Nintendo released the Pokémon GO Plus wristband, we’ve seen a steady stream of imitators hit the market, keen to capitalise on the desire for a device which allows you to catch ‘mon and spin Poké-stops without actually having to extract your phone from your pocket.

Up until now, the best device we’ve seen is the Go-tcha Evolve, which comes with its own colour screen and doesn’t require a charger, as the strap pops off to reveal the USB-A charging connector. However, the presence of that connector means it’s not waterproof – so it’s not perfect by any means.

However, a new challenger has just arrived in the form of the Brook Auto Catch Lightning, which is a simplified version of Brook’s previous effort, the Auto Catch. There’s no LCD screen this time, and instead, you’re notified by a single multi-colour LED on the face of the device. There’s a single button for interaction, too, which is usually limited to powering up the device to make it ready to connect to the Pokémon GO app on your phone. It’s one of the most streamlined solutions we’ve seen. 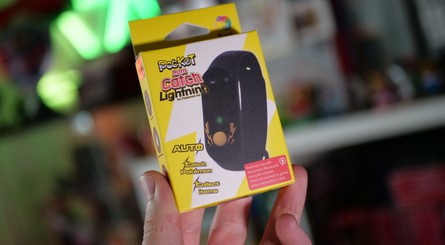 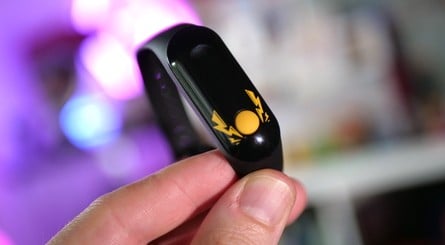 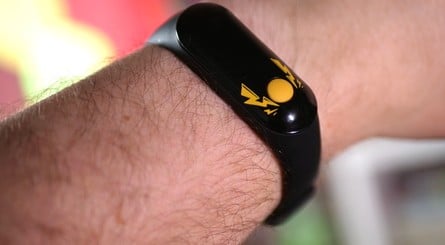 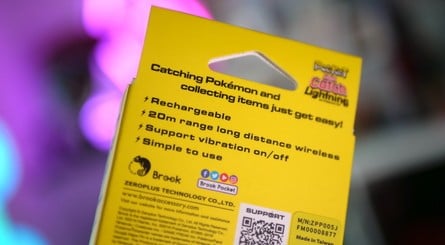 Like the Go-tcha, the Auto Catch Lightning is a lozenge-shaped device which pops into a rubber wrist band. It’s charged using two connectors on the bottom, and requires a special charging lead – so you’ll want to be sure you don’t lose it. You’ll get around 18 hours of use from a single charge. It sports a reasonably inconspicuous design, so if you’re self-conscious about being identified as a ‘mon catcher then it might be a better bet than the rather obvious Pokémon GO Plus. It’s also waterproof, which is a definite bonus.

With a recommended price tag of $45, the Auto Catch isn’t going to break the bank, but it’s perhaps not as cheap as it should be when compared to its rivals. Still, we’ve been using it for a few days and can report it has been utterly faultless, so if you’re on the lookout for a simple Pokémon GO auto-catch companion that’s waterproof and fairly discreet, it’s a good shout.

Please note that some external links on this page are affiliate links, which means if you click them and make a purchase we may receive a small percentage of the sale. Please read our FTC Disclosure for more information.

The Witcher and Sekiro meet in Team Ninja’s Wo Long: Fallen Dynasty

Disney+ buys a documentary about the ‘Wagatha Christie’ saga

Spotify Has Playlists Curated For You, Here's How To Find Them

Why 20 million U.S. homes are struggling to pay their utility...

FBI And DOJ Are Investigating Criminal Activity At Trump’s House –...

Naomi Judd Died From Single Gunshot Wound to the Head and...

37 Best Gifts for Sister — Top Gifts for Your Sister

Pakistan calls for international help after months of flooding cause ‘humanitarian...

UK’s best pubs named – including a former bank vault and...