Shortly after being installed in January 2021, Biden issued an executive order and put a moratorium on new oil and natural gas leases and drilling permits on federal lands.

Several states, including states Joe Biden won (supposedly) in 2020 and the Ute Indian tribe sued Joe Biden over the order.

US District Court for the Western District of Louisiana Judge Terry Doughty, a Trump appointee on Thursday said Joe Biden “lacked any authority” to impose the policy under the Mineral Leasing Act (MLA) and Outer Continental Shelf Lands Act (OCSLA).

TRENDING: CRIMSON RHINO and The Raid on Mar-a-Lago

A federal district court blocked the Biden administration’s moratorium on federal oil and gas leasing, a potentially fatal blow to the policy that has been tied up in a legal battle since early 2021.

“The Court finds Section 208 of Executive Order 14008 is ultra vires, beyond the authority of the President of the United States, and in violation of the OCSLA and the MLA,” he wrote in the opinion. “Even the President cannot make significant changes to the OCSLA and/or the MLA that Congress did not delegate.”

Biden issued Executive Order 14008 — titled the “Executive Order on Tackling the Climate Crisis at Home and Abroad” — on Jan. 27, 2021, days after taking office. The action ordered the Department of the Interior (DOI) to pause new oil and natural gas leases, a policy Biden pledged to pursue during his 2020 campaign, while it conducts a review of the federal leasing program.

“President Biden’s executive order to choke off energy development didn’t just increase prices and hurt American families — it was flatly illegal,” Montana Attorney General Austin Knudsen said in a statement after Doughty issued his ruling Thursday. “This decision is a victory for the rule of law and the workers and the rural communities who depend on the energy industry.” 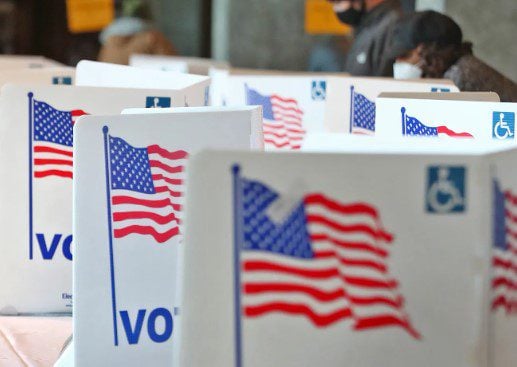 Dolly Parton reveals plans to expand her empire with a Nashville...

No, moral sanction for drug dealers is not ‘harm reduction’

World Cup attendees can use AR to see stats for players...

Samsung 870 EVO 2TB SSD drops to its lowest price ever...