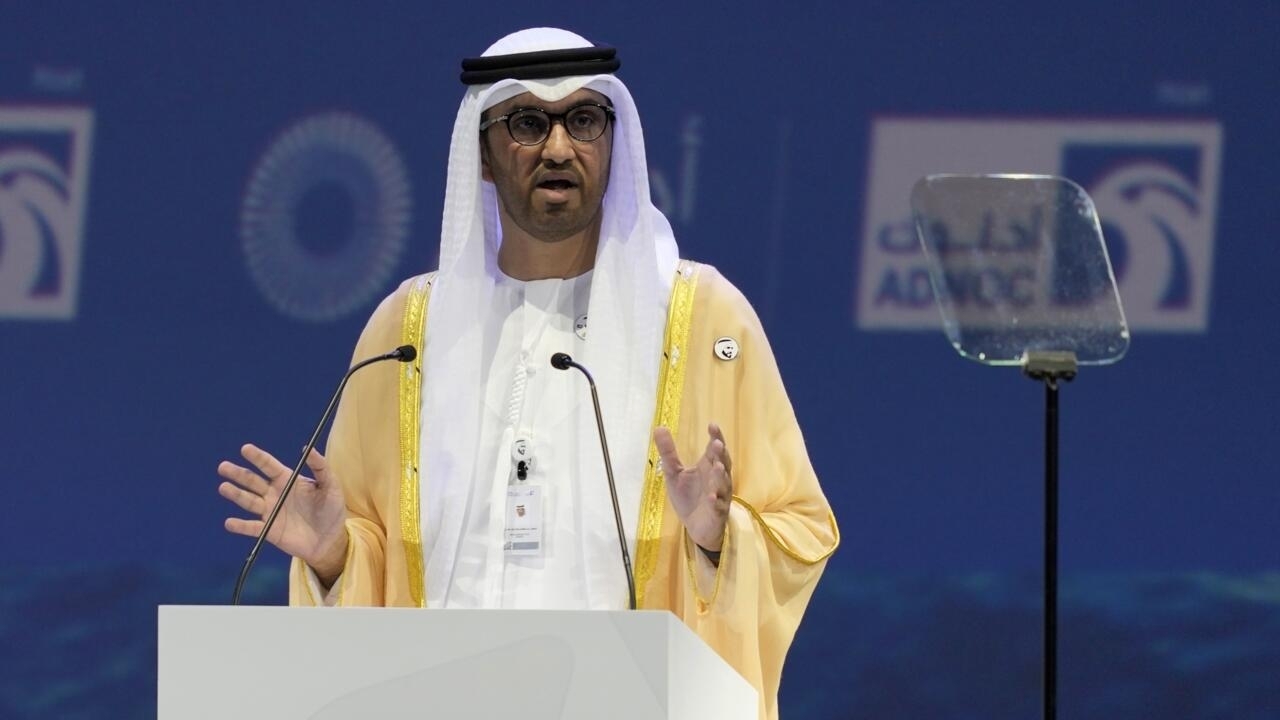 The United Arab Emirates on Thursday named a veteran technocrat with experience in both renewable energies and the oil business to be the president of the upcoming United Nations climate negotiations in Dubai, highlighting the balancing act ahead for this crude-producing nation.

Those revenues fuel the ambitions of this federation of seven sheikhdoms on the Arabian Peninsula — as well as the production of more of the heat-trapping carbon dioxide that the U.N. negotiations hope to limit.

But al-Jaber also has experience in renewables as well. He led a once-ambitious project to have a $22 billion “carbon-neutral” city on Abu Dhabi’s outskirts — an effort later pared back after the global financial crisis that struck the Emirates hard beginning in 2008. Even today, he serves as the chairman of Masdar, a clean energy company that grew out of the project that now operates in more than 40 countries.

“Sultan al-Jaber has the credentials and background to lean into trends that are already on going,” said Ryan Bohl, an Austin, Texas-based Mideast analyst for a risk-intelligence firm called the RANE Network. “Him being an oilman, I don’t think that will be that big of a risk for him.”

The Emirates’ state-run WAM news agency made the announcement.

“This will be a critical year in a critical decade for climate action,” WAM quoted al-Jaber as saying. “The UAE is approaching COP28 with a strong sense of responsibility and the highest possible level of ambition.”

He added: “We will bring a pragmatic, realistic and solutions-oriented approach that delivers transformative progress for climate and for low-carbon economic growth.”

Each year, the country hosting the U.N. negotiations known as the Conference of the Parties — where COP gets its name — nominates a person to chair the talks. Hosts typically pick a veteran diplomat as the talks can be incredibly difficult to steer between competing nations and their interests. The nominee’s position as “COP president” is confirmed by delegates at the start of the talks, usually without objections.

The caliber of COP presidents has varied over the years. Observers widely saw Britain’s Alok Sharma as energetic and committed to achieving an ambitious result. Egypt’s Foreign Minister Sameh Shoukry faced criticism by some participants for the chaotic and at times non-transparent way he presided over last year’s meeting.

Al-Jaber’s planned role as president would see the technocrat firmly in the world’s spotlight for the first time. While not a member of Abu Dhabi’s ruling Al Nahyan family, he’s become crucial in running the Emirates’ energy policies.

In its announcement about al-Jaber, WAM said the Emirates had invested “more than $50 billion in renewable energy projects across 70 countries, with plans to invest a minimum of $50 billion over the next decade.” It wasn’t immediately clear where those figures came from.

Mubadala, Abu Dhabi’s sovereign wealth fund, has invested some $3.9 billion since 2018 in renewable energy, according to the New York-based research firm Global SWF. Masdar listed some $14.3 billion in investments in a 2020 briefing. Masdar did not respond to questions about its investments Thursday.

But at the same time, Mubadala has invested $9.8 billion over the same period in oil and gas projects, Global SWF said.

The UAE is home to a massive solar park in Dubai, as well as the Barakah Nuclear Power Plant, which is the Arabian Peninsula’s only atomic energy source. But it also requires vast amounts of energy to run the desalination plants that brought green golf courses to its desert expanses, power the air conditioners cooling its cavernous malls in the heat of the summer and power heavy industries like aluminum smelters.

The UAE’s clean energy policies grew in the mid-2000s as Dubai’s real-estate boom saw it constructing the world’s tallest building and massive, palm-shaped archipelagos off its coast. The World Wildlife Fund at the time estimated the UAE had the world’s largest ecological footprint per capita — meaning that each of its residents used more resources on average than those living in any other nation. The UAE still ranks high on similar lists.

The Masdar City project grew out of that concern of being tarnished, before being pared back.

“By us actually doing it and investing money, we had access to lessons learned that no one had access to,” al-Jaber told The Associated Press in 2010. “We have to learn, adjust, adapt and move forward. We can’t be rigid.”

The UAE then pivoted Masdar City into a campus now hosting the U.N.’s International Renewable Energy Agency and the firm itself into investing into renewables at home and abroad. Joe Biden, just before leaving office as America’s vice president, even visited Masdar City in 2016.

Analysts believe the Emirates is trying to maximize its profits before the world increasingly turns to renewables. The Emirates itself has pledged to be carbon neutral by 2050 — a target that remains difficult to assess and one that authorities haven’t fully explained how they’ll reach.

Bohl, the Mideast analyst, said the Emiratis view 2050 as “the year the scales will be tipped permanently” away from oil and gas. Russia‘s war on Ukraine is forcing Europe in particular to try to move faster away, he said.

“They have 28 years to transform their economy into non-hydrocarbons,” Bohl said. “They believe the international market will move off oil and natural gas no matter what.” 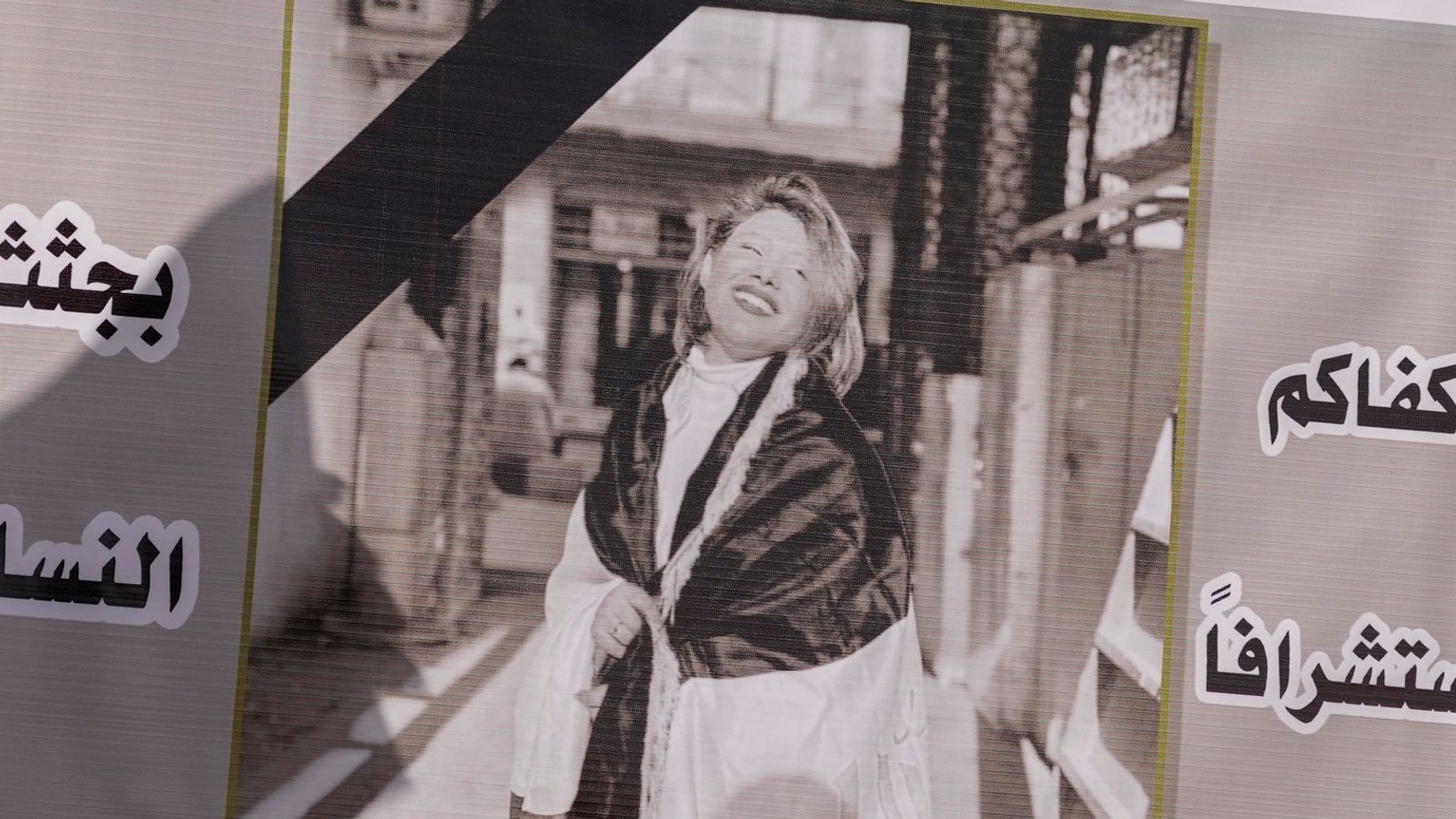 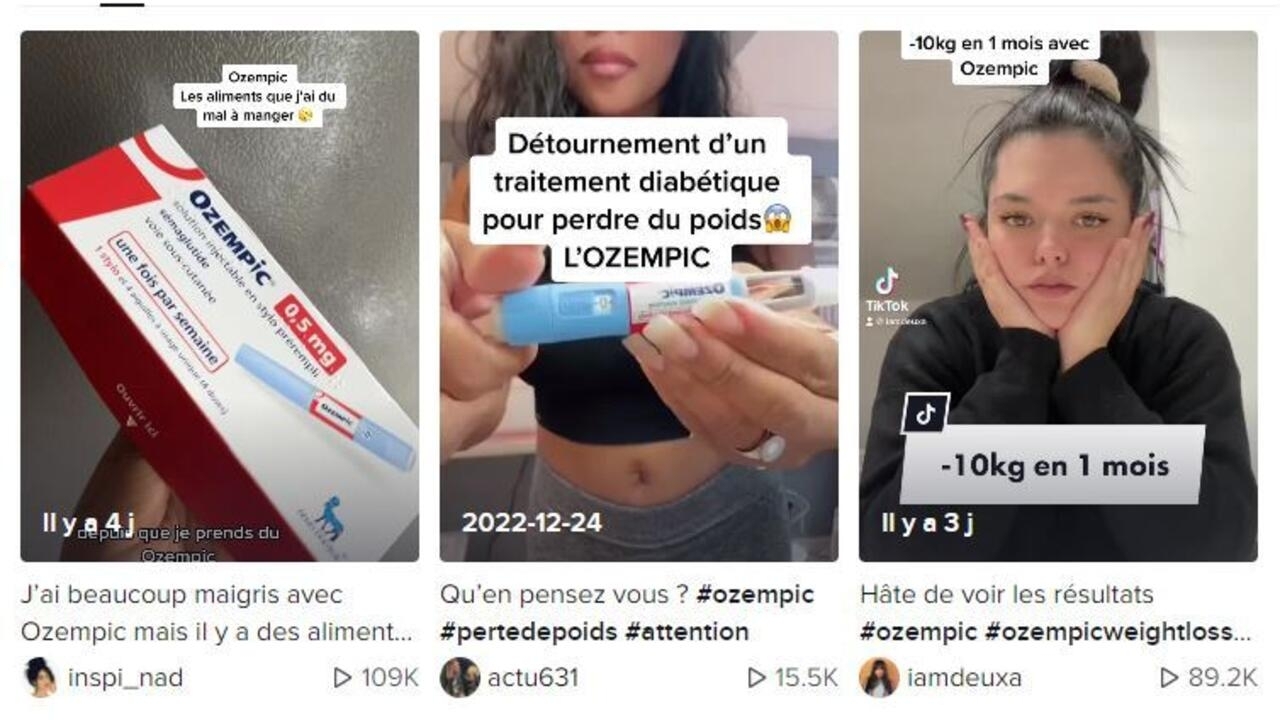 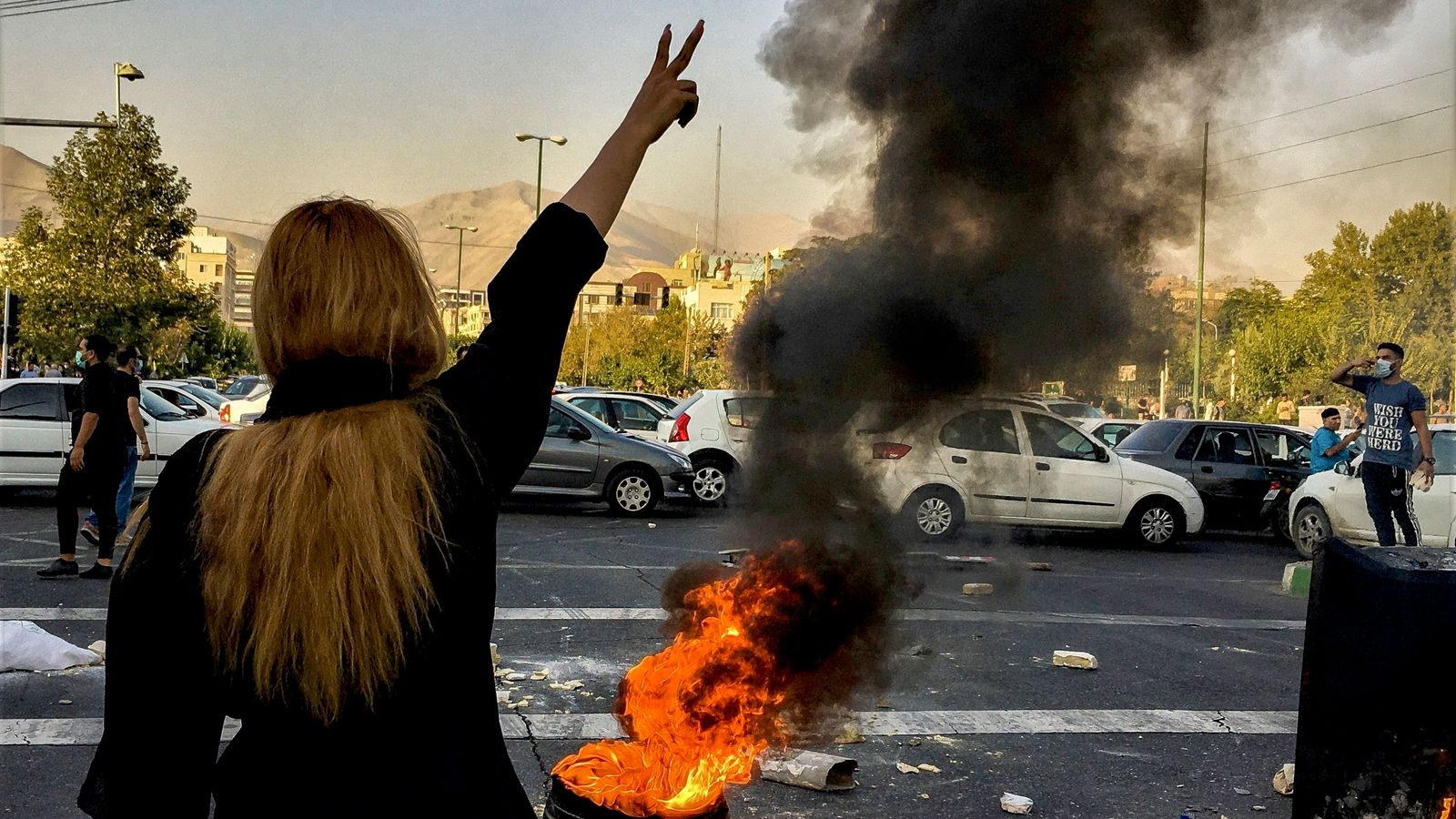 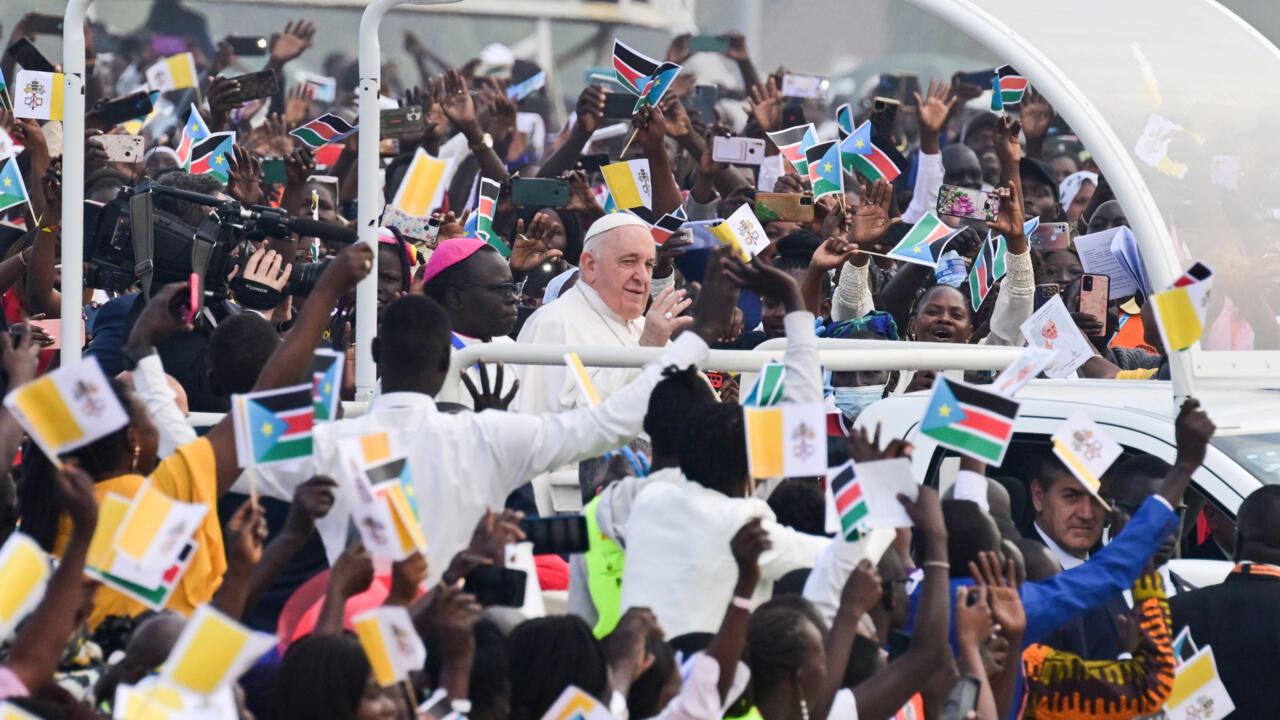