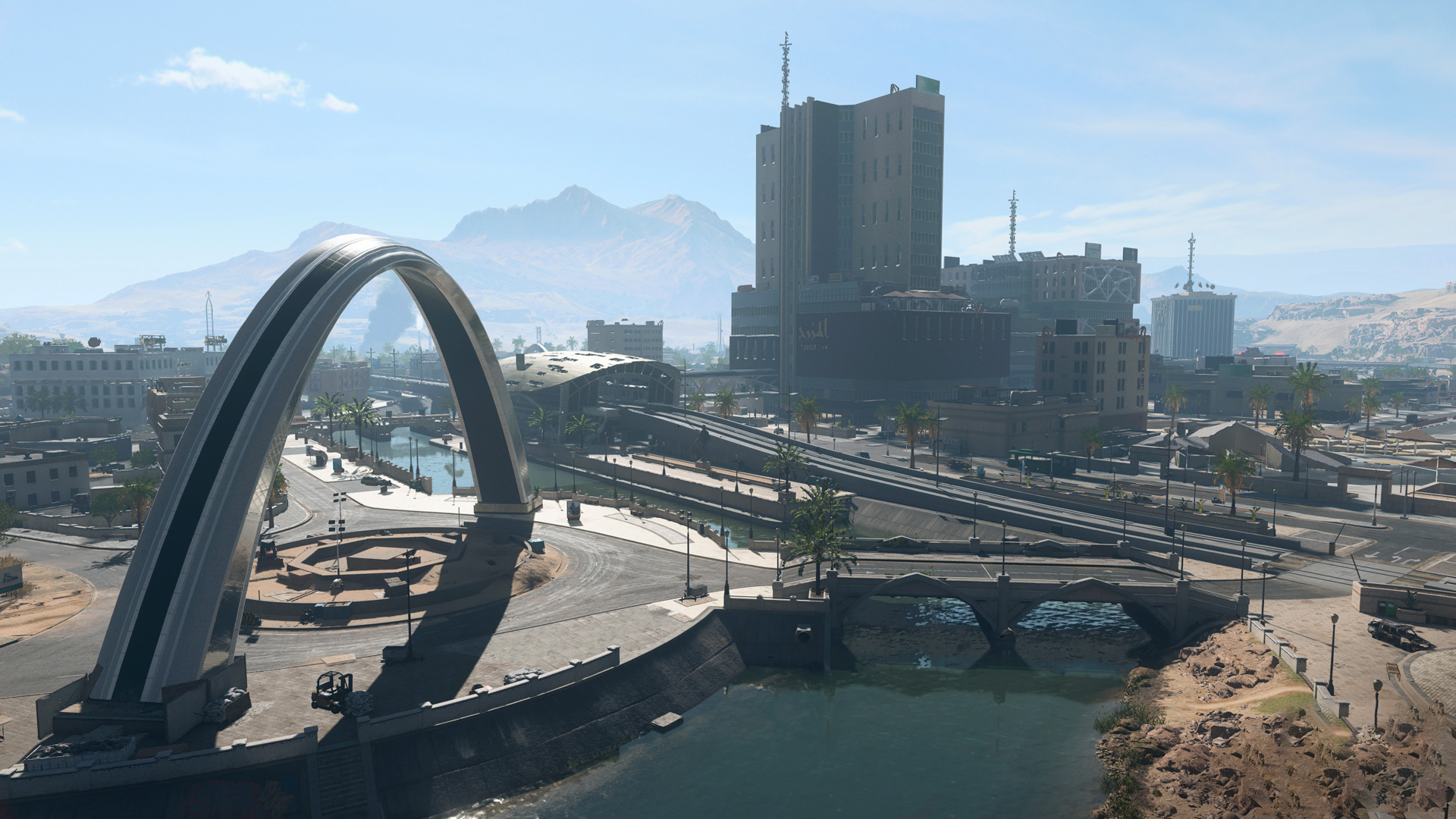 Want to know more about the Warzone 2 map? The newest DZ for the battle royale game is Al Mazrah. Set in the fictional country of the Republic of Adal, Al Mazrah’s metropolitan area plays a massive role in Warzone 2, setting the stage for you and your squad to dominate the competition.

We know that the developers want to unify the Call of Duty experience. This means any story beats and engine upgrades in Modern Warfare 2 also apply to the battle royale game. Huge upgrades have been made to vehicles, the AI, and water in Warzone 2, with all of these affecting how the free PC game plays out, with new strategies emerging as players get used to the new systems.

Stephanie Snowden, director of communications at Infinity Ward said at the Call of Duty: Next event, “It’s [Al Mazrah] actually the biggest BR map that we’ve ever made”. To utilise the extra space, the circle collapse mechanic has been tweaked, splitting the safe zones into three areas instead of one large circle. As the match progresses, the circles shrink in size and slowly converge into a single safe zone. This change encourages earlier skirmishes, with squads having no choice but to get up close and personal with their opponents.

Players now have to look out for any potential enemies lurking in the water thanks to the new engine upgrades. Unlike Caldera and Verdansk, Al Mazrah features numerous rivers to support boats and underwater combat mechanics. Players that find themselves in the water only have access to their pistols and melee weapons, but that could be enough to score a kill against an unsuspecting enemy. If you’re on the receiving end and get killed, the Warzone 2 Gulag has some fancy new changes too.

Several areas on the map have been taken over by AI combatants, similar to the Warzone Pacific event involving Chemical Research Labs. These areas are called Strongholds and they’re filled with enemies ready to defend their territory. To be clear, these enemies won’t interact with you unless you engage with them. If you do decide to take over a Stronghold, be prepared to face waves of AI opponents. These locked-down locations contain powerful loot, including an item that allows you to purchase customised Gunsmith weapons for free.

The Warzone 2 map includes maps from the current and previous Call of Duty games. Returning players may recognise areas like Quarry and Airport which have been borrowed from older games, and any players who have been battling it out in Modern Warfare 2 multiplayer will already know these specific subsections of Al Mazrah: 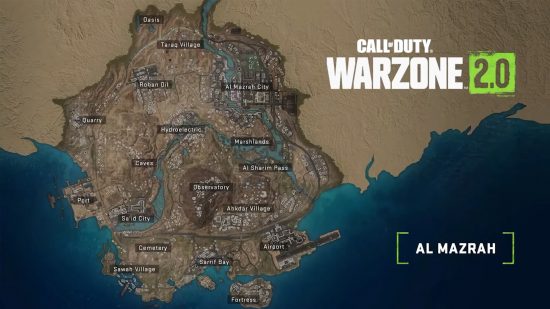 Here’s every point of interest on Al Mazrah:

An update to Warzone 2 DMZ has given players access to Building 21, a nefarious-sounding bio lab located somewhere in Al Mazrah. You’ll need a Building 21 card to enter the building; ultra-valuable loot is the reward for withstanding the deadly forces contained within.

That’s everything you need to know about the Warzone 2 map. If you’re looking for the best Warzone 2 loadout, we’ve got your back with the best Warzone 2 guns available in the multiplayer game. With these meta weapons at your disposal, you’re sure to bring home the win.