Update: Brand new LEGO Mario products are launching in August 2022, including a LEGO Peach figure and Super Mario Character Packs Series 5. As soon as pre-orders go live for these items, we’ll add them to this guide, so make sure to bookmark this page and keep checking back!

The collaboration that kids (and big kids) had wanted for so long finally came to pass when Super Mario finally became available in LEGO form back in 2020. Typically for Nintendo, the LEGO Super Mario sets are more than just standard LEGO sets — they are connected via a neat touch of technology that enables you to build Mario courses and ‘complete’ them just like you would in the video games (you can find out more about how they came to be in our interview with the project’s lead designer).

The first wave of sets was released on 1st August 2020, and since then we’ve seen a host of add-on sets of all shapes and sizes, as well as the incredible LEGO Nintendo Entertainment System (which also interacts with the LEGO Mario figure).

We now have LEGO Mario and LEGO Luigi toys to choose from, as well as all sorts of Expansion Sets, Power-Up Packs and Character Packs too. We’ve scoured the web and tracked down the best options for all of these below.

Please note that some external links on this page are affiliate links, which means if you click them and make a purchase we may receive a small percentage of the sale. Please read our FTC Disclosure for more information.

Where To Buy LEGO Mario

Where it all started – the LEGO Mario. You can get the LEGO Mario figure as part of a Starter Course from a number of different retailers:

Where To Buy LEGO Luigi

Joining Mario is his brother, Luigi, who has also been treated to a special Starter Course set. He’s also had a few of his own Expansion Sets, so we’ve added them here:

If you’re wanting to get even more fun out of your LEGO Mario playtime, make sure to pick up an Expansion Set or two. These additional sets give you more scenarios to build and play with, and some – like the giant Question Mark block – are particularly special.

We’ve highlighted some of the standout Expansions first, but you’ll find plenty more options a little further down (note that we’ve included some Luigi-based options above):

Power-Up packs are buildable costumes that you can use together with your LEGO Mario and LEGO Luigi figures. Each pack gives Mario an ability that can be used when playing with the courses you build, adding an extra layer of fun and some nice variety.

Character Packs are collectible LEGO Super Mario toy characters – each pack contains a mystery buildable character for you to collect. There are several series to choose from, so you can either try to complete each set or pick up packs from different series to ensure you receive different toys. 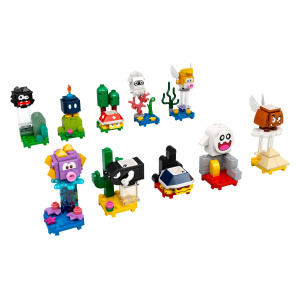 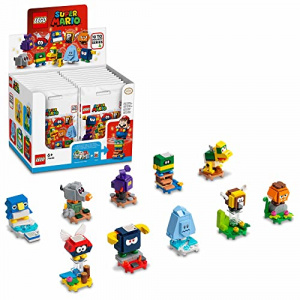 Where To Buy The LEGO NES 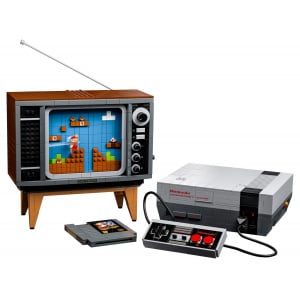 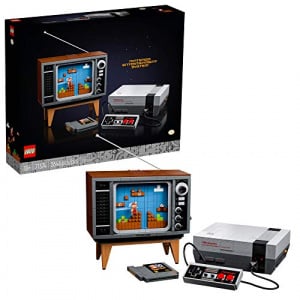 Buy LEGO NES in the UK

Here’s a list of all LEGO Super Mario sets that have launched so far, according to Wikipedia (correct as of February 2022):

As you can see above, there are plenty of sets to choose from, but you’ll have a tough time getting the most out of them without the base set — the Starter Course — which can be combined with a growing number of Expansion Sets.

A LEGO Super Mario app works in conjunction with the Mario figure and special bricks to track scores and provide digital instructions:

There’s also the remarkable LEGO Nintendo Entertainment System that also works with the figure and is ready to blast you in the face with nostalgia than any human could handle without bringing a tear to the eye:

Can you resist these super (Mario) sets? Let us know below which ones take your fancy, and don’t forget to check back as we’ll be adding the best offers when they pop up.

Grounded update makes it easier to share worlds with friends

Blue hair and pronouns in I Was A Teenage Exocolonist, out August 25 – PlayStation.Blog

TikTok to clamp down on paid political posts before midterms

The Secret Service Knew Of A 1/6 Threat To Nancy Pelosi...

CVS, Walgreens and Walmart Must Pay $650.5 Million in Ohio Opioids...