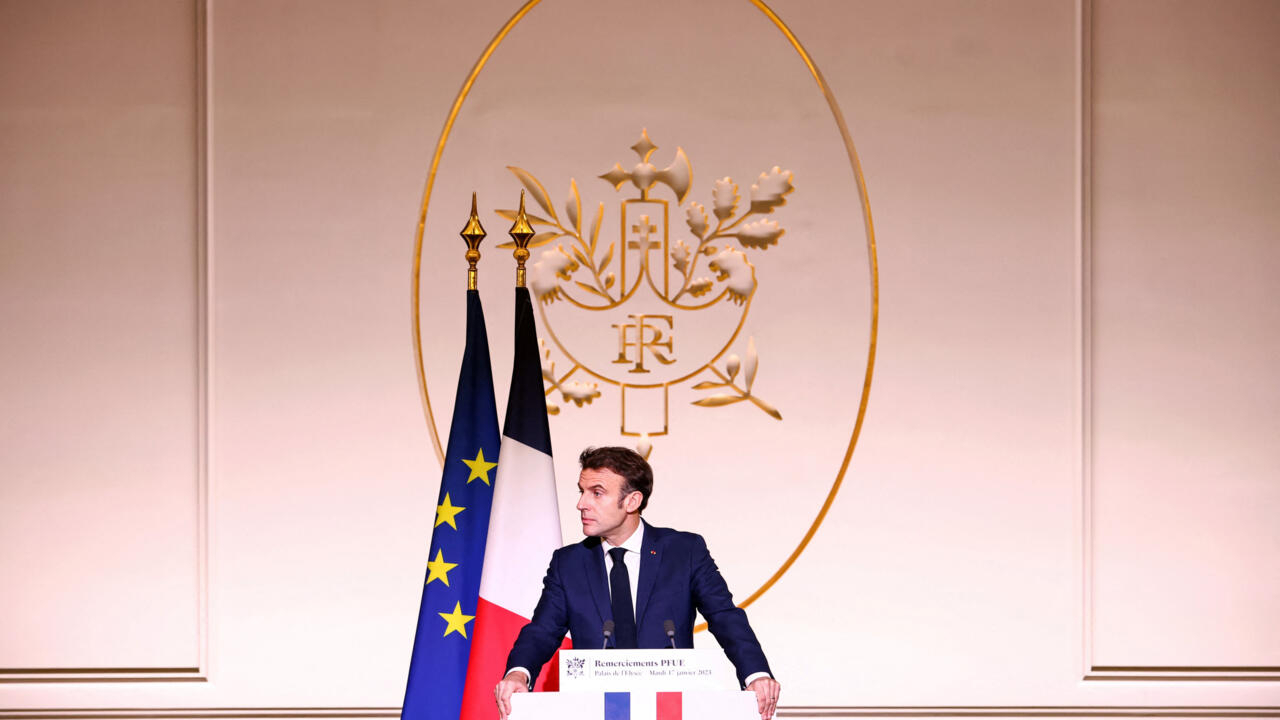 It is the moment everyone saw coming – the moment after Macron pushed ahead with pension reforms and France sees the huge industrial action it is (in)famous for.

The last time Macron wanted to change the pensions system, during the winter of 2019-2020, France saw its biggest strikes since 1968. Covid soon made that upheaval seem quaint, and prompted Macron to shelve his plans. But Macron was re-elected in April 2022 after promising to re-introduce these reforms, then put them to parliament earlier this month. And now the opposition appears to be even bigger than before: France’s biggest and most moderate major union, the CFDT, has joined the strike action after declining to act the previous time.

“Projections show there’ll be a huge number of people taking to the streets; 1 million to 1.5 million people, which the strike movement will be very pleased with,” noted Arnaud Benedetti, editor-in-chief of specialist French politics publication Revue politique et parlementaire.

‘They don’t want to change it’

Many polls have shown a majority of French oppose Macron’s proposals. The two main planks of the reform both go down badly: 66 percent oppose raising the retirement age from 62 to 64, while 60 percent oppose increasing the length of time paying into the system required for a full pension to 43 years, according to a survey by OpinionWay for Les Échos and Radio Classique.

“A lot of the public opposition comes from this persistent idea of a French model that has to be defended,” explained Paul Smith, a professor of French politics at Nottingham University. “It’s very difficult for the Macron government to get over that and point out that the retirement age is currently higher everywhere else – it doesn’t work because people think this is the French model, the French exception, and they don’t want to change it.”

“As well as the French attachment to the current system, the Macron government has made communication errors in trying to sell the reforms – inconsistencies in their justifications,” Benedetti added. “To start with, Macron said he was opposed to lengthening the amount of time people have to work, and of course changed his position on this. Then the government tried to legitimise the reforms by saying it would free up money for other parts of the public sector like education, before they switched to saying they’re needed to make the pensions system sustainable and thereby save it.”

The unions are hoping to pull off a repeat of what happened in 1995, when prolonged disruptive industrial action combined with broad public support to force then-president Jacques Chirac’s government to ditch pension reforms.

“The unions won in ’95 because they mobilised with massive public sympathy, and they know they need to do the same thing again if they want to win,” Smith put it.

So the big question is whether a majority of the French public would remain on the unions’ side during a protracted standoff with Macron’s government. The two other big factors determining which side will win, Benedetti noted, are “whether the union members have the means to carry on striking during a long standoff and the impact of the strikes on parliamentary politics”.

Macron lost his parliamentary majority in the legislative elections in June – complicating the bill’s passage. Luckily for Macron, France’s traditional conservative party Les Républicains (LR) have the numbers to get the bill through the National Assembly, and the party leadership is in favour.

This was by no means a given, however, seeing as many LR politicians are keen to emphasise their distinctiveness from Macron as he occupies their historic territory on the centre-right of the political spectrum – while LR’s recently elected hard-right leader Eric Ciotti sees himself as closer to far-right ex-presidential candidate Eric Zemmour than he is to Macron.

Nevertheless, LR and its ancestor parties under the likes of Chirac have longed envisaged reforming France’s pensions system in similar ways to Macron. President of the Senate Gérard Larcher, one of LR’s most influential grandees, has been particularly enthusiastic about Macron’s pension reforms – declaring that “even though they are unpopular, these reforms are essential”. Then Ciotti and his lieutenants met Macron’s Prime Minister Élisabeth Borne last week and said they were “listened to” after making demands in exchange for a deal, notably to fix the minimum monthly pension at €1,200.

“Ciotti is mercurial, and many LR MPs don’t want to look too ‘Macron-compatible’, as they say,” Smith pointed out. “But the bottom line is that pensions reform is something they’ve historically supported, while there’s a general sense that giving Macron the support he needs makes them look important again instead of going up in smoke. And the Républicains in the Senate have been putting pressure on Républicains in the National Assembly to support the compromise struck with Borne. Gérard Larcher is the key figure here.”

That said, LR support for the pension reforms is not guaranteed, especially if strikes stretch on for months and maintain broad public support. In the coming months, “LR behaviour will be determined by public opinion and what happens on the street”, Benedetti pointed out.

It is not just LR MPs Macron needs to keep onside. The president’s parliamentary bloc Ensemble owes its name to the French word for “together” – but in reality it is a heterogenous group of MPs ranging from the social democratic left to the neoliberal right. Several MPs on Ensemble’s left wing are sceptical of Macron’s pension reforms. One of the most prominent is Barbara Pompili, Macron’s environment minister from 2020 to 2022, who told BFMTV on Monday that she “couldn’t vote for the reforms at this stage”, saying that increasing the retirement age risks creating “social injustices”.

“Even now, it’s not at all sure that Macron can rely on Ensemble as the biggest party in the National Assembly to help get the reforms through,” Benedetti observed. “And as is the case for LR MPs and others, public opinion and the course of the strikes will determine the behaviour of those in Macron’s party.”

The National Assembly is scheduled to start debating the pensions reform bill on February 6. Then the lower chamber and the Senate have until March 26 to both vote on it. If parliament rejects the legislation, Macron can always use Article 49.3, the Fifth Republic’s most controversial constitutional instrument. This allows the presidency to pass legislation without a parliamentary vote – although MPs can respond with a vote of no confidence, which if successful would shoot down the bill and the government with it, prompting fresh legislative elections. So far Borne has used it 10 times but over far less contentious matters.

“No president wants to use Article 49.3 unless they really have to,” Smith said. However, if Macron does deploy it, opposition MPs may well be reluctant to trigger new parliamentary polls: “Elections are what politicians hate most, because they’re unknowable.”